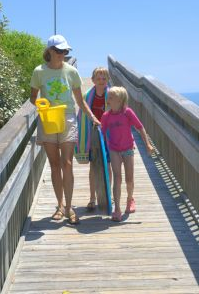 Overworking is affecting family life in the UK, which countries have the best work-life balance?

The culture of overworking in the UK is damaging family life and causing excessive guilt, reports a recent survey. A leading psychologist has called for employers to offer flexible work hours in order to improve employees’ work-life balance.

Research commissioned by cash plan provider Medicash (Work vs. Life infographic) found 83% of 1,000 working parents surveyed feel guilty about the amount of time they spend working. Many also said working long hours has affected their relationships, with half saying it had a negative effect on their relationship with their children.

Problems with a partner were reported by 46%, and a quarter said working had caused them to neglect friends.

Professor of organisational psychology and health at Lancaster University, Cary Cooper, said, “The fact that many people feel guilty about how they spend their time is hugely significant – it shows how important it is to maintain work-life balance.”

The most common reason given for overworking was ‘there is too much work to complete within a working day’, cited by a third of respondents. The survey found 60% of respondents found it hard to switch off from work when at home. Over half admitted to missing their child’s sports day, school play or parents’ evenings due to work commitments.

So where have expats reported having the best work-life balance?

If we look at the HSBC Expat Explorer survey under the category “work/life balance”, then Spain comes top out of 30 countries. This is followed by the Cayman Islands and South Africa in second and third place respectively.

At the bottom of the table is Japan, not unsurprising perhaps with its notorious overworking culture. The United States, Mexico and Qatar made up the worst four countries for work-life balance.

Some of the most popular expat destinations only came in the middle of the league table. Thailand, Canada, Australia and France all had disappointing work-life balance scores.

Professor Cooper explained, “Organisations must actively promote flexible working and employees need to take advantage of that opportunity – work smarter, not longer should be our mantra. Increasingly we are seeing employees turning up to work ill and delivering little added value; presenteeism does not enhance but undermines productivity.”