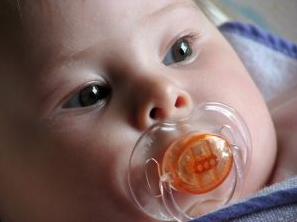 Recent studies have suggested babies can differentiate between the sounds of their native language and a foreign language at only a few hours old. The results indicate babies begin absorbing language while still in the womb, earlier than previously thought.

Sensory mechanisms for hearing develop at around 30 weeks in the womb. The study shows babies are listening to their mother’s speech for the last 10 weeks of pregnancy and at birth can demonstrate what they have heard.

The mother plays a starring role in influencing her baby’s brain development. Patricia Kuhl, co-author and co-director of the Institute for Learning & Brain Sciences at the University of Washington said, “The vowel sounds in her speech are the loudest units and the fetus locks onto them.”

The researchers looked at 40 infants aged 30 hours old in the U.S. and Sweden. While still in the nursery the babies listened to vowel sounds in their native language and a foreign one. The babies reactions were measured by how long they sucked on a pacifier wired to a computer.

Long or short sucking for familiar or unfamiliar sounds indicates learning, because the infant can differentiate between sounds heard in the womb. In both countries babies sucked longer for the unfamiliar, foreign, sounds.

The researchers say that infants are the best learners, and discovering how they soak up information could give insights on lifelong learning. “We want to know what magic they put to work in early childhood that adults cannot,” Kuhl said. “We can’t waste that early curiosity.”