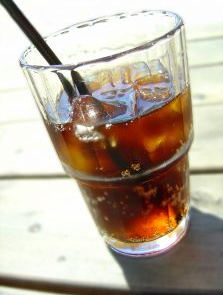 Parents are urged to limit their children’s soft drink consumption.

It is well known soft drinks contain a large amount of sugar, and the average American drinks about two cans per day. A single can of soda can contain as many as 10 teaspoons of sugar, this amount pushes up your blood sugar leading to a spike in insulin production. Over time, heavy consumption can trigger diabetes or insulin resistance, as well as weight-gain.

Many people think swapping a regular soft drink for the diet version is better for their health, however, diet drinks contain aspartame as a substitute for sugar. Aspartame has been linked to many health problems, from seizures to emotional disorders.

The global soft drinks market has grown in value by five percent in the last year, despite all the health concerns. The volume consumed also increased in 2013 by four percent, and the retail market is now worth over US$531.3 billion.

The United States is the largest market both in terms of value and volume, though Mexico, China and Brazil are also growing rapidly. The data, from Euromonitor International, indicates these emerging soft-drink markets are seeing increased incomes and growing consumer confidence, so fueling the demand for local products.

Almost 90 studies have links soft drink consumption with childhood weight problems. Children who consume only one or two sugary drinks a day can face weight problems. While soft drinks deliver a lot of calories (unless you stick to the diet versions), they don’t make a child feel full, so they will still eat their normal amount of food.

Children need to know that soft drinks are bad for their health, and parents can play a big role in this. Lead by example, if your kids don’t see you drinking soft drinks they are less likely to want them, and stocking your kitchen with healthy alternatives, or offering water, will help break the link between soft drinks and children.