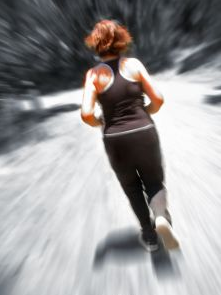 There are several obvious diseases which attack women and not men, illnesses affecting female genitalia such as ovarian cancer, for example, do not affect men for obvious reasons. People associate other diseases, such as breast cancer, with women much more than with men (though they can get it too).

However, some often overlooked diseases are found in a disproportionate number of women. Reported in the Huffington Post, autoimmune diseases – caused when a body’s immune system attacks itself – are top of the list of disease affecting more women than men.

Multiple Sclerosis (MS) is an inflammatory disease which attacks the central nervous system. Symptoms vary in type and severity from person to person, making it difficult to diagnose. MS is twice as common in women as in men, with between 2 and 2.5 million people around the world affected.

The effect on the CNS means symptoms vary from physical, mental, to psychiatric with the first symptoms appearing between 20 to 50 years old. There is no cure for MS but symptoms can be controlled or lessened with medication. MS sufferers typically have a life expectancy of five to 10 years less than unaffected people.

An autoimmune disease, lupus can affect any part of the body. Symptoms occur when the immune system attacks the body’s tissues and cells, resulting in inflammation and tissue damage. Symptoms are very varied, but commonly include headaches, swollen joints, hair loss and extreme fatigue.

No one knows what exactly causes lupus, but 9 out of 10 cases affect women. Especially women aged between 15-35 and of non-European descent.

Both women and men can be infected with an STI, however the related health problems tend to be more severe in women. It is estimated than untreated STIs and STDs cause infertility in 24,000 women each year in the U.S.

The reason why women suffer greater health challenges related to STIs than men is they tend to show fewer symptoms, or symptoms are often brushed off as something less harmful such as a yeast infection.

An inflammatory autoimmune disease which causes pain, swelling and stiffness in joints, RA can cause loss of mobility and function if not treated. Estimates suggest 1.3 million people have RA in the U.S., with women two to three times more likely to develop it than men.

Depression and anxiety tend to affect many more women than men. Experts say twice as many women as men will develop depression at some point in their lives (1 in 5 women will have depression in their lifetime, says the Mayo Clinic).

During their lifetimes, with menstruation, pregnancy and the menopause, women experience more hormonal fluctuations than men, one reason behind the statistics say doctors. Another cause is that women naturally tend to be more contemplative than men, predisposing them to depression.