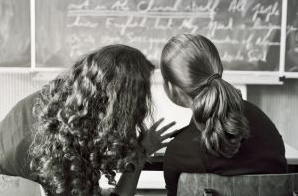 An education bill in the UAE could force expt families to return home.

Expat parents in the UAE are concerned about a new bill that may require all expat children to be put in school. If expat children are found not to be enrolled at school, expats face losing their residency permits.

State schools in the UAE have resources for children with minor learning difficulties, there are far fewer options for expats in international schools.

“The problem is the UAE public system does not reach everyone,” Dr Natasha Ridge, executive director of the Sheikh Saud bin Saqr Al Qasimi Foundation for Policy Research told the National. “In this case, expats are left with no options.”

Due to the lack of resources for expat children with special needs, many families opt for homeschooling or even return home. The prohibitive cost is also a factor in expat families traditionally choosing to homeschool the children.

The new bill states education will be compulsory for all children aged between 6 and 18 years.  The draft law, which can still be amended, states a warning will be issued, followed by fines of up to Dh50,000 (€10,000, US$13,500). If this is ignored the expat’s residency visa may be cancelled.

A mother of two in Dubai was allowed to place a shadow teacher with her child, who had delayed speech development, but said it proved of little use. “We paid for her, and it turns out she was actually just helping in the classroom with all the children,” she told The National. “She did not focus to help my son.”