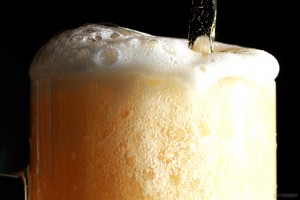 Which country drinks more than 175 pints each year and is home to over 180 breweries?

It’s that time of year again, the start of the university semester. For those starting their first term it means the rise in the sale of two things: tissues, as doting parents wipe away their tears as their cherubs leave the nest; and booze.

Students going to university for the first time will be perusing the alcohol aisles with glee as they finally have the freedom to buy that litre of own-brand vodka. Erasmus students going abroad for the year have the added pleasure of a whole new range of beverages to choose from. They will already have established which drink gives them the most alc-per-euro at home, idly picking it up on their way to the tinned food section with barely a second glance.

For the purposes of these students, I offer my advice, not as a strict parent warning you of the dangers of alcohol (even though this is very important) but rather as an older and wiser post-graduate, who having “been there, done that” just wants to give a helping hand.

A new world of alcoholic adventure awaits you as you head to your new home, embrace it and enjoy it, but do it in moderation. Trust me.

As well as bears, communism and a frequently topless president, Russia is renowned for its vodka, or “little water”, and maybe a few too many of these is exactly why Putin insists on ripping his shirt off more frequently than the lads on Geordie Shore.

Antics aside, if you’re heading to Russia and decide to partake in the local tipple, you might be sparing your body a lot of trouble. As a heavily distilled and filtered alcohol, there are no toxins left to mess up your body (apart from alcohol of course, but that’s the point…). That and the fact that it only carries around 65 calories per shot, vodka is the “healthiest” drink available.

We’ve all heard of the “freshman 15”, the alleged weight we all put on as we put off learning to cook in favour of a chippy or a pot noodle. If you’re heading to Belgium, however, you’ll have to be extra careful as the waffles and chocolate tempt you into a Gallic glutton.

What you really need to look out for though is the beer. With over 175 pints drank each year and over 180 breweries in the country, it’s no surprise it’s the national drink. But did you know that this is the unhealthiest of all alcohols, with all manner of toxins working your liver overtime to get them out of your body. And while not the most calorific beverage out there, a blubbery beer belly could be on the way as it weighs in with around 150 calories a go.

Your hangover can go hang

Perhaps vodka is correctly named after all as it seems to be the holy water of alcohol, as it also wins the award for making you the least hungover (limited to the quantity you drink). This drink isn’t for everyone however – it tends to turn me a bit loopier than my trusted rum – so here are some tips on avoiding that dreaded hangover and getting on with your studies.

I hope that you enjoy your adventure abroad (in moderation!) and that you not only explore the national drinks but the nation itself as well!