Top expat countries for settling in 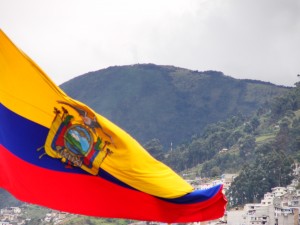 Ecuador has been ranked the best Expat country overall for the second year running.

Internations recently released their second edition of the ‘Expat Insider’ – an extensive survey involving 14,000 expats across the globe to find out which countries are the top destinations for expats. The survey takes an in-depth look at five key categories which contribute to a truly epic expat experience: quality of life; ease of settling in; working abroad; family life and personal finance. Internations found that Ecuador, Mexico and Malta are the best overall destinations for foreigners.

As a seasoned expat with 6 countries to my name, I have always felt that the most important element of finding happiness abroad (or even back home) is settling in. Admittedly, in the majority of my homes I was still dependent on the bank of Mum & Dad, so I’m a little biased in that ‘personal finance’ or ‘working abroad’ weren’t exactly a concern of mine. But after a couple of years in Spain and being (ir)responsible for myself, I still feel that true happiness in any part of the world is a direct result of how well you settle in.

And it doesn’t seem like I’m the only one to think that way. Out of the top 10 expat destinations found by Internations, four of these also appear in the top 10 for ease of settling in.

The easiest countries for expats to settle in were Mexico, New Zealand, and Ecuador. They were measured on how welcome expats felt; friendliness of locals; finding friends; and what impact language had on the process. 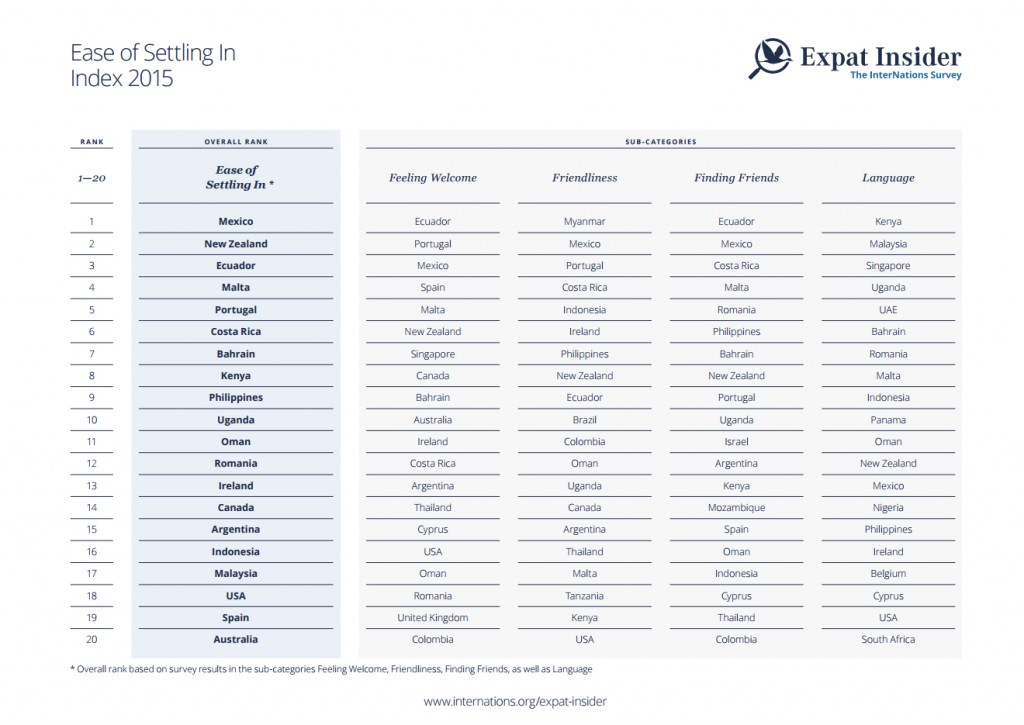 How to settle into expat life

One of the biggest barriers to adapting abroad seems to be language differences. 46% of expats in Mexico, for example, said that it was hard to settle in without speaking the local language, despite this being the “easiest” country in which to do so. But the importance of learning the language is particularly highlighted by expats in Ecuador, where the opinion was shared by 68%, making it the 12th hardest country to settle into without the language, despite being the third easiest overall. 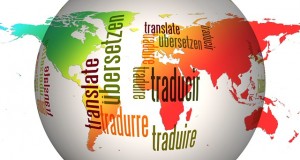 Learning a foreign language can be tough, but take comfort in knowing that 89% of expats said they could at least speak a little of their local language, so if they can do it, so can you! And to give you a little push in the right direction, take a look at the best language learning tools available to turn you from tongue-tied to silver-tongued in no time.

Finding friends is of course also key, and there are a number of ways you can help yourself here. I remember during my final school years, having moved back to Scotland after having been in the USA prior to that, I had well and truly fallen out of the football loop. As I made an active effort to regain my interest (which is now bordering on fanatical…) it was much easier to gain friends. I would suggest this can be extended to whatever may be prominent in your local culture.

This also means keeping an open mind to your new home. Even if Ecuador did rank first place in feeling welcome, you may not be afforded this luxury very long if you don’t try to adapt and welcome their culture in return.

No matter where you call home, there are always obstacles to overcome, whether it be Ecuador or Kuwait. For more advice on how to become an expert expat, take a look at our top 10 tips, sourced from globe-trotters all over the world!