“Dental adventures” and how to avoid them 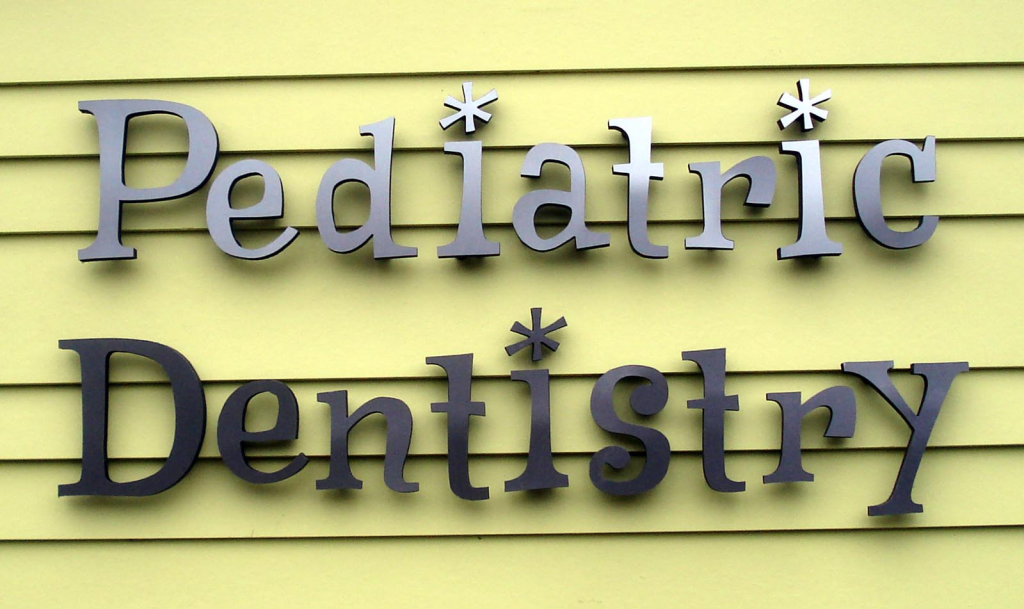 Dental caries, tooth decay or cavities affect a rather surprising number of young children these days, my daughter started developing it at only 18 months old.

Before you jump to conclusions, let me add that I had not been feeding her sweets, cookies, ice cream or even fruit juices (she was drinking only water) and we started brushing her teeth from the moment they appeared (although, it is anyone’s guess how efficient brushing the teeth of a wriggling baby really is!) I want to clarify that I worked hard to make sure that she had healthy teeth, but I guess, you cannot control everything and unfortunately we just have to deal with the unexpected when it comes to children.

At first I noticed that one of her front teeth was slightly chipped. I took her to see a dentist straight away, but the problem was, which I later realised – it was not a paediatric dentist. After almost 4 years of dealing with this issue, I cannot stress enough how important it is to find a paediatric specialist, who knows how to spot the first signs of a problem and would be able to advise you on the latest treatments in this field. Unfortunately, I had no experience with this, so whe 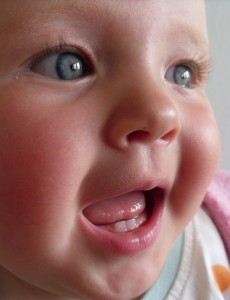 n the first dentist assured us that it wasn’t a problem and that lots of babies get chipped teeth, I relaxed for a while. If we had started treatments earlier, we could have helped to slow down this process.

There are different opinions on what might be the reason for tooth decay in young children. One of the theories suggests it be associated with prolonged breastfeeding or to using bottle-feeding with milk formulas and juices. (So apparently, we can’t win!) I personally chose to breastfeed my daughter but I know a lot of other mothers who have done the same and yet they have never had a problem with their child’s milk teeth. Meanwhile, I have witnessed some rather severe tooth decay in children who were bottle-fed from an early age.

A paediatric dentist named Rouble Rana, who we visited at the Shanghai United Family Dental Clinic while living in Shanghai, gave us her theory. She carried out medical research work on the teeth of the young children in rural China. She found that almost none of these children suffered from dental decay. Dr. Rana connects it to the fact that these children eat only local home grown produce and no processed food at all, therefore, their diet contains less sugar than those of an urban family. It is a rather frightening thought that even when we think we are giving our children the best and healthiest produce, many still contain a lot of sugar, from yogurts to fruit purees, a fact which is sure to send fellow mothers running to double check the labels! She also told us that, although dentistry is her passion and she makes sure that everyone in her household has a healthy diet and properly takes care of their teeth, rather ironically, her 7 year old son has developed a cavity in one of his milk teeth. Is there no avoiding it?

My daughter was too little to understand why her teeth needed some extra TLC and I knew that she would be too scared to sit through and serious procedures, so this is the reason we decided against proper treatment. There was also the option of putting her under general anaesthetic, but I was a bit apprehensive about that too. Dr. Rana gave us the option to start fluoride treatment for my daughter’s teeth, which was meant to slow down the decay – and fortunately, it did just that!

When our move to Moscow was confirmed, one of the first things I searched for on internet was a dentist for my daughter as we needed fluoride treatments every three months. I found a clinic called Doctor Plombir. It used to be a paediatric dental clinic, but now they treat adult patients as well. We visited Varvara Sharikpulova and Elena Khitrova, both of whom are just amazing with the kids! The way they talked to my daughter, telling her how they were ‘catching a bad microbe‘ and ‘giving a vitamin pill to the tooth‘ calmed her down and kept her interested and actually excited to see what the dentist would do next. I would highly recommend the clinic and these doctors to anyone! They were very professional and had a wonderful attitude.

Dr. Sharikpulova also pointed out that weak teeth enamel can be a hereditary problem. Both my husband and I indeed have dealt with dentists quite often ourselves, so I guess I cannot expect my children to have no problems whatsoever, but one can always hope, right? My daughter continued with her fluoride treatments every three months in Moscow as well. Plus, she had to have some fillings and for the teeth at the back a doctor let her choose which colour she wanted – she chose pink, of course. When she turned 4, the doctor told us that from this point onwards she should have fluoride treatments twice a year. 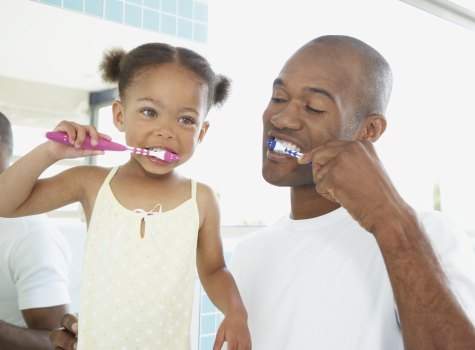 Now we live in Pardubice, Czech Republic, and my daughter is almost 5 and a half. Unfortunately, she has lost two of her front teeth. The first she lost when we were still in Shanghai and it could have been saved if we had started the treatments earlier; the other broke only a couple of months ago – it had a filling, but when it broke there was no point fixing it as her adult teeth would soon emerge.

All the dentists I have spoken to, in Shanghai, Moscow and Pardubice, have all suggested using a medical paste called Tooth Mousse, which is usually sold at dental clinics. You can ask your doctor to prescribe you the most suitable way of using it in your case. Tooth Mousse actually fortifies the teeth and slows down tooth decay. We use it for both of my daughters at the moment.

After all these experiences, my advice would be:

As a mother, you only want the best for your children and it is often easy to neglect the importance of happy and healthy smiles. Hopefully you won’t have to go through all the dental adventures that I have experienced and this information will help you.