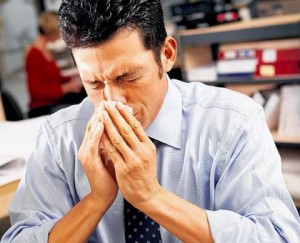 Going on holiday can make you healthier and even more productive.

Everyone loves a holiday, and if your Instagram or Facebook feed is anything to go by, everyone is constantly on one. In reality, however, not everybody is blessed with this opportunity and it’s taking a serious toll on our health.

People who aren’t able to jet off into the sunset at least once a year, or are simply not taking advantage of the opportunity could be at risk of several health problems, such as heart disease, increased stress and bigger waists. Episodes of depression are also a symptom of the non-stop worker, though this could further be attributed to social media feeds, which feed your envy as you see your friends sipping margaritas while you slurp office coffee.

Have a lie in for the better

And it’s not just the lack of a break that is killing us all. We’re all waking up far too early apparently, and working far too long and this isn’t doing us any good at all. So why do we do it? After all, “being awakened at 6:30 a.m. by an alarm clock…and fight[ing] traffic to get to a place where essentially you [make] lots of money for somebody else and [are] asked to be grateful for the opportunity to do so” is hardly what you dream about as a child (Charles Bukowski).

Secure in the belief that there is more to life than that, I took a look at countries around the world that offered the best and worst working hours and holidays.

With 43 paid days of leave available, Kuwait soars above the rest of the competition. This is a combination of an entitled 30 days leave to every worker plus 13 days of public holidays, making the Arab nation one chilled place to work. No wonder so many people move there, with two thirds of the population being expats.

The majority of the world seems to be in accordance that some time off does wonders for morale, health and productivity, with 96% of countries having statutory minimum annual leave for employees.

The USA is not a member of this rather inclusive club however, despite being ranked 5th on the Human Development Index. Admittedly, despite the lack of legal requirement the average leave offered is 12 days, 2 more than than the statutory minimum offered by their friendly neighbour Canada.

Some stereotypes are true

There are certain stereotypes that people might tell you when you ask about Germany, such as lederhosen, beer and efficiency. The last one at least does seem to have some truth to it, as workers in Germany work the least hours, clocking in just over 26 hours per week on average, yet have the 6th best economy in the EU (GDP per capita).

Conversely, Mexico are very busy, working more hours than anyone else at an average of almost 43 hours a week. Despite this extra work, Mexico’s economy is lagging at 66th in the world – perhaps a nice fact you can tell your boss when he asks you to work overtime.

What are the working conditions like where you’re living, and are they better or worse than your home country?