Looking after your sexual health abroad 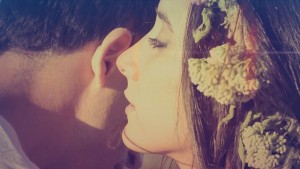 Expats need to be aware of the cultural differences.

Sexual health is important for everyone, anywhere in the world; different attitudes, behaviours, norms and laws exist meaning that for many people it remains a taboo.

With that in mind, and the fact that 1 million curable STIs are passed on globally every day, it is in everyone’s interest to look after their sexual health.

For expats, particularly those moving from a more liberal country to one less so, it is especially important to be aware of the cultural differences in society; sexual health education, personal hygiene and religion all play an integral role in the prevalence or prevention of the spread of STIs.

The highest STI incidences in the world

If someone asked you which region of the world had the highest incidences for four of the top STIs in the world, it is probable that your mind would take you to Africa.

But in fact, according to the WHO, it is the Americas (North, Central and South). The lowest, perhaps also surprisingly, is Southeast Asia. As an expat it is important to be aware of these facts and become aware of the factors that are at play in determining these stats.

So what is responsible for the sexual variations around the world? A country’s culture and religiosity is a large factor, especially if you consider the effect this has on the laws that define what one can and cannot do. While separation of church and state is alleged to exist in many westernised countries for example, it’s impossible to overlook the prevailing Catholicism of the Republic of Ireland when talking about their strict abortion laws.

Further, low incidence of STI transmission in the Eastern Mediterranean region could be attributed to the typical chasteness of these nations that is enforced by local religion, law and cultural norms.

Sexual education is a huge weapon in combatting STIs as well. Sexual health education is one of the most successful ways of controlling STIs.

France is a prime example of how sex-ed should be taught. Their emphasis on an honest approach covering everything from STIs to the proper use of contraception. This has resulted in less teen pregnancies (less than one third that those in the US, according to UN reports from 2009), and a lower rate of STIs.

Other factors to consider

A country’s infrastructure, modernity and technological advancement can neither be ignored. Although not the only reason, this possibly shines a light on the reason why Niger, a UN ‘least developed country’, has the highest rate of teen pregnancy in the world.