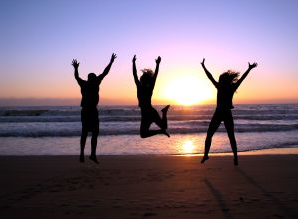 Scandinavian countries are among the happiest in the world.

The second annual World Happiness Report was released towards the end of last year, identifies the happiest countries in the world by looking at a range of criteria. Leading experts in several fields – economics, psychology, survey analysis, national statistics, and more – describe how measurements of well-being can be used to assess the progress of a nation.

The 2013 report highlighted the following countries as being the happiest:

These results put Northern Europe firmly in the lead as the happiest region in the world and Denmark tops the chart for the second year running. Its high per capita GDP, healthy life expectancy at birth, a lack of perceived corruption in the government, and a sense of social support all contribute to its number one ranking.

Popular expat destinations in the top 10 also include Canada (6th) and Australia (10th), both of which boast high expat populations, particularly from other English speaking nations such as the UK and the USA.

The study reveals several interesting worldwide trends – on a scale of 0 to 10 people in over 150 countries surveyed between 2010-2012 reported an average happiness score of 5.1 (out of 10). There were significant changes in the happiness levels of countries over time, with some rising and some falling over the last five years.

Growth in happiness was more common in sub-Saharan Africa and Latin America, and a decrease in happiness was observed in more industrialised nations. For the 130 countries with data available, happiness (as reported by people’s own evaluation of their lives) significantly improved in 60 countries, and worsened in 41.

For policymakers, the key is what affects people’s happiness. Some studies point towards mental health being the most important factor in determining a population’s happiness. Yet, even in developed countries, less than a third of people with mental health issues are in treatment. Good, cost-effective treatments exist for depression, anxiety, and psychosis, and the world’s happiness would be greatly increased if they were more widely available.