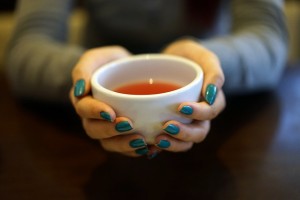 Home remedies are readily available on the internet today, but do they actually work?

We live in a world where information is easily accessible with the internet at our fingertips and more often than not we tend to believe everything we read (but don’t take my word for it!).

I know that I am a doctor’s nightmare, one of those patients who immediately checks the web trying to figure out if I am dying or not as soon as illness strikes. I diagnose myself with serious illnesses and try weird home remedies in a desperate attempt to get better as quickly as possible. (I’ve burnt my tongue too many times trying to drink hot tea with honey to relieve my sore throat).

However, from time to time, the internet shines for home remedies that claim to actually work: applying urine to jellyfish stings or using toothpaste to soothe burns, for example. Although these examples have actually been debunked by science that’s not to say that there are not some useful remedies out there that do actually work. Nothing however, will dissuade me from drinking water upside down when I’ve got the hiccups.

I’ve chosen 5 home health remedies to focus on and used the powers of the internet to find out whether they are truth or false. Read on if you are tired of feeling disappointed after trying to remove your nail polish with spray-on deodorant (spoiler alert: it doesn’t work).

Myth: Tilting your head back to stop a nosebleed

In fairness, I can understand why people would believe that this myth is true. We tilt our heads back believing that if the blood can’t go down, it will just stop leaking out of our noses.

However, thanks to gravity, tilting your head back will only cause the blood to go into your throat and stomach, and unless you’re a vampire, that doesn’t sound fun at all. What you should do instead, is squeeze the soft part of your nose with a tissue and wait for the bleeding to stop. If it continues after 10 minutes, seek medical attention.

Movies have ruined us! How many times have you seen raw steak being used to treat a black eye after some epic fight between two hunky men? Far too often. And while we would love to believe that it works, unfortunately it doesn’t. Raw meat can contain bacteria and placing it over your eye is, for lack of a better word, dumb. Instead, you should use ice to reduce the swelling (but don’t place it directly on the bruising as it can cause an ice burn).

Myth: An apple a day keeps the doctor away 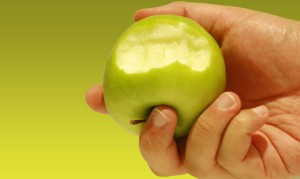 Ok, it might not actually keep the doctor away, but it will at least keep your dentist happy (it doesn’t have quite the same ring to it though). Apples (or any type of crunchy fruit or vegetable) are nature’s answer to a toothbrush, helping to keep your teeth clean throughout the day. Apples in particular contain a “gentle malic acid” which can help dissolving stains. If you have braces, you might want to ignore this advice however since dentist appointments are unfortunately inevitable. Everyone else, chew away!

Bleeding is a natural bodily response when an injury is sustained. Excessive bleeding however, can be dangerous and people ought to know the dangers of tying a tourniquet to stem the blood flow. Although this can help, there is a danger of cutting the blood supply to the rest of the arm or leg, causing tissue damage. What you should do instead is apply pressure to the wound with your hand over a gauze and seek immediate medical attention.

This is the kind of remedy that reminds me of my grandmother’s advice to place onions around my bed to clear the air from bacteria. However silly it sounds, this one actually works.

Listerine is a powerful antiseptic and applying some onto blisters with a moist cotton up to three times a day can help them dry out faster. You should stop applying Listerine once the blisters stop hurting to let them naturally heal.

Well, the internet is full of lies! At least now you know that only cartoon characters can benefit from placing raw meat over black eyes…but then again, they can pretty much endure anything, can’t they? What fun, strange or weird home remedies do you use or have you heard since moving abroad? Let us know in the comments below!