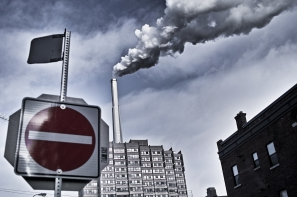 Studies show pregnant women who breath polluted air have a higher risk of having underweight babies – how clean is your air?

Pregnant women who are exposed to particulate air pollution, caused by vehicles, urban heating and coal power plants, are at greater risk of having underweight babies.

The international study, the largest of its kind, analysed data collected from more than three million births over nine nations in North America, South America, Europe, Asia and Australia.

The results showed across the sites worldwide, the greater the pollution levels, the higher the rate of low birth weights.

According to data from the World Bank the following cities have the highest levels of particulate matter:

Low birth weight (a weight below 2500 grams or 5.5 pounds) is associated with serious health consequences. These range from increased risk of postnatal morbidity and chronic health problems later in life.

The study, published in the Environmental Health Perspectives journal, noted in the United States, federal regulations require that the yearly average particulate matter concentration in the air to be no more than 12 µg/m3 of particles measuring less than 2.5 microns.

In the European Union, the limit is 25 µg/m3, and regulatory agencies there are currently debating whether to lower it.

The following European cities have the highest levels of particulates, according to the World Bank data:

Recently, air pollution levels have been measured at higher than 700 µg/m3 in Beijing. The World Bank estimates China has 16 of the world’s most polluted cities, as industrial growth outpaces environmental concerns.