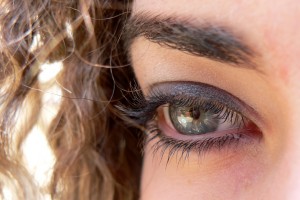 Blue eyes are a genetic mutation for survival.

The evolution of human beings is still somewhat of a mystery. For hundreds of years, genetic evolution and mutations have taken place helping us adapt to our surroundings. These mutations are a constant point of interest for scientists around the world, as well as acting as inspiration for comics and movies.

Did you know that blue eyes are genetic mutation that occur as a part of survival. It is thought that blue eyes survived many generations because those with blue eyes had higher chances of being picked as potential mates.

There have been however, a number cases of genetic mutations or disorders that have resulted in scientists across the globe simultaneously scratching their heads in bemusement. Most of these cases are both genetic and geographical, making them highly mysterious and very fascinating.

Salinas: where girls turn into boys

In a remote pueblo of the Dominican Republic, 1 in every 90 babies are born with a genetic disorder locally referred to as guevedoces (translating to ‘penis at 12’). Due to a lack of enzyme 5-α-reductase, these ‘girls’ don’t develop a penis until they reach puberty and are hit with another wave of testosterone. They are raised as girls because they have no testes and what would appear to be female organs. When these children reach a certain age and begin to develop male genitalia, they are celebrated around town.

A handful of people around the world are colour-blind, or rather, colour-deficient. While the average human being can distinguish up to 100 hues or tones, someone with colour deficiency can perhaps distinguish 20. That is why Pingelap is an astonishing island. One tenth of the population can only see in black and white. It is believed that after a tsunami in 1780 that wiped away everyone but 20 people, the king – who suffered from colour blindness – helped repopulate, and thus this gene survived and was passed down through generations. Turkey: walking on all fours

This case is relatively ‘new’ and has scientists throughout the world debating whether it’s a genetic disorder, an adaptation to the environment or ‘devolution’. Out of a family of 12, five are quadrupeds; Uner Tan, who discovered the family in 2005, concluded these children have severe brain damage. Although it is still unclear what really is going on, out of the 14 reported cases (all in Turkey), one shocking discovery was made: parents of children with Uner Tan Syndrome share the same bloodline.

The Fugates, a family settled in East Kentucky, are descendants of a French orphan who started the lineage. The entire family has skin tinted blue – almost purple. Methemoglobinemia is an extremely rare blood disorder where the blood is not oxygenated, causing blue skin and chocolate-coloured blood. It is passed on genetically or from exposure to certain drugs and chemicals. Average human beings have less than 1 per cent of methemoglobin, whereas people with the disorder have between 10 and 20 per cent. It is so rare to meet people with this genetic disorder that inheriting it is almost impossible; the Fugate family and others with it are all within the same blood lineage, keeping the gene alive.

While it is highly unlikely that as an expat living anywhere near these regions that you will be affected by these disorders, it is interesting to know what’s happening around the world. Meanwhile, if you have blue or green eyes, consider yourself a genetic mutant; although no superpowers come with it, you are a descendant of survivors.