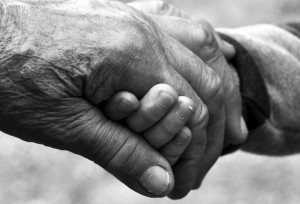 Some countries have increased their average life expectancy by as much as 12 years.

The 2013 Global Burden of Disease (GBD) study found, in wealthier countries, the rise in life expectancy is largely due to fewer people dying from heart disease. While in poorer countries, fewer children are succumbing to illnesses such as pneumonia, diarrhea and malaria.

An increase in funding, and actions such as training local medical staff, and improving water supplies have helped to lower childhood deaths in developing countries.

“The huge increase in collective action and funding given to the major infectious diseases such as diarrhea,measles, tuberculosis, HIV/AIDS and malaria has had a real impact,” says lead author Dr. Christopher Murray, professor of Global Health at the University of Washington.

Countries which the study says have made ‘exceptional gains in life expectancy’ include Iran, Timor Leste, Nepal, Ethiopia, and Rwanda – where for both sexes life expectancy has gained 12 years.

However, while global deaths from infectious disease fell by 25 percent the number of deaths due to chronic, noncommunicable conditions rose almost 40 percent. Liver cancer caused by hepatitis C is up 125 percent since 1990, drug use disorders rose 63 percent, and chronic kidney disease 37 percent.

“This study shows that some major chronic diseases have been largely neglected but are rising in importance, particularly drug disorders, liver cirrhosis, diabetes and chronic kidney disease,” added Dr. Murray.

In India, which is set to become the most populous country in the world over the next two decades, life expectancy for men has risen nearly seven years, and 10 years for women over the same period. The study authors say India has made ‘remarkable’ progress in improving health care, and cutting the death rate for both children and adults.

One region however, isn’t seeing a positive increase in life expectancy. HIV and AIDS have erased five years of life expectancy in sub-Saharan Africa. HIV/AIDS remains the leading cause of premature death in 20 of the 48 sub-Saharan countries.

“The progress we are seeing against a variety of illnesses and injuries is good, even remarkable, but we can and must do even better,” said Dr Murray.