Health News from Around the World

The UK’s Duchess of Cambridge, Kate Middleton, has agreed to be the face of the first Children’s Mental Health Week. The charity foundation Place2Be, for which Kate Middleton has been a patron for several years, provides emotional support to children in more than 230 schools across the UK. The charity has come up with a new initiative to raise awareness for the mental health of children. According to their website there has been an increase in depression and anxiety of 75% among teenagers in the past 25 years. They also state that 3 children in every classroom have a diagnosable mental health problem. According to them, support at an early age could prevent children from suffering from serious mental health difficulties later in life.

Last week the British Royal, while she was visiting a school for kids with special needs, recorded a short video explaining the challenges to children’s health. These include bullying, bereavement, domestic violence and family problems and without support they can become traumatic. Eventually, it could turn into depression, anxiety, addiction and self-harm, she says. Kate and Prince William sincerely believe that early action can prevent future mental illness and that it is important to be aware of these issues

This week is Teen Dating Violence Awareness month, read our article about the initiatives in place this month and how to recognise the signs, before it is too late.

Snails to save the day? 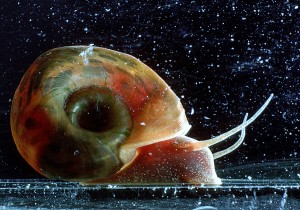 In order  to combat the spread of parasitic disease, scientists are going to track snails from space. Water snails that carry the larvae of worms that spread schistosomiasis through human populations in Africa are observed by scientist though satellites. This information is used to predict where infections are likely to occur. The aim is contributing to health agencies to better target their resources as they are usually limited. Even though the disease usually does not lead to direct death, it tends to be very debilitating.

To discover patterns and predict where infections might occur, scientists in Kenya are creating satellite maps of the watercourses where the snails reside and compare them with satellite data on where people live in that area. Comparing these maps shows the highest risk locations and in this way the health programmes know where they should be concentrated.

A similar method is used when tracking disease-spreading insects like mosquitoes.

The development was reported in a meeting for American Association for the Advancement of Science and is an example of the increasing influence of space-borne data when applied to health care.

Fewer barriers for expats to have a baby abroad 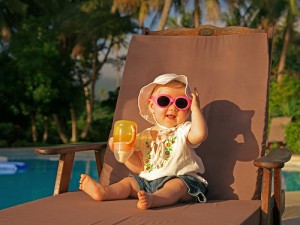 It is becoming more and more common to have a baby overseas and the conditions for it are improving.

Philip Catterton, the managing director of Integra Global, a London-based company that offers health-insurance plans for expats recently discussed the trend for families to settle down abroad. He said that more employees that work abroad are at an age when they want to start families and yet people see a foreign assignment as a necessary element of their résumé. However, a few years ago, expats were most commonly people who were seeking an adventure abroad, more comparable to a backpacker’s experience before settling down and starting a family in their home country.

An important factor is the overall increase in the quality of medical care across the world. More hospitals and upscale clinics have adapted to the Western style. An example is Shanghai, which was cast in a negative light a couple of years ago when it came to giving birth. Today however, having a baby in China is considered to be reasonable choice among expat families

To get a better idea of the increase in births overseas, the US Bureau of Consular Affairs estimated that 70449 American babies were born in 2014, with 7.6 million Americans living abroad. In the year 2004 there were 49822 American babies born abroad.

Christine Gilbert, an American writer and blogger, did some ‘shopping around’ when she was expecting her first child. She, her husband and her first child had been living in Beirut and Beijing in order to learn the local languages. They considered Thailand, Argentina, China, Thailand, Lebanon but eventually settled in Mexico where her daughter was born in 2013. The country worked for them as she speaks Spanish and had been advised by friends who had had a child in the same city. They considered the doctors to be more accessible than elsewhere. Ms. Gilbert writes about how she found the ‘shopping around’ experience of looking for birthplace a strange position to be in, but also states that since the barriers are going down, your options are far more varied than they had been in the past. Read all about Christine’s Tips on Having a Baby Overseas.