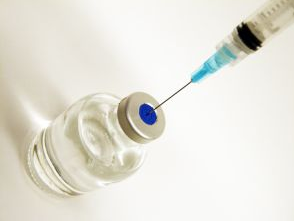 Measles cases have not risen in Europe, but the number of whooping cough incidents has surged in the UK.

According to new data, transmission rates for measles continues to be low in Europe. The report, from the European Centre for Disease Prevention and Control (ECDC), shows no new large outbreaks since the last report.

Both measles and rubella (also known as German measles) have been earmarked for eradication in Europe by 2015. Measles and rubella vaccinations are routinely available via the MMR (measles-mumps-rubella) vaccine in Europe. Though the majority of reported cases were in unvaccinated individuals.

Experts say whooping cough is becoming a study in how vaccine-preventable disease can make rapid comebacks. A generation ago authorities were close to eliminating the disease, but they now say it is currently more common than at any time in the last 20 years.

Whooping cough (pertussis) is particularly dangerous for young infants who cannot be properly immunised. In the UK this year so far, 2,466 cases of whooping cough have been reported with five infant deaths. At this stage last year there had only been 311 cases, this increase has also been seen in Scotland and Northern Ireland.

This surge has led to health authorities considering a booster vaccination programme for adolescents and offering whooping cough vaccines to pregnant women.

Have you experienced measles or whooping cough? Have you vaccinated your children against them? Tell us your thoughts in the comments section below.