World No Tobacco Day: Tobacco laws around the globe 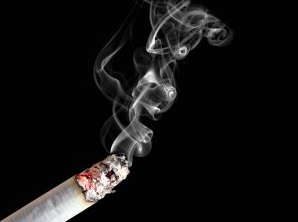 Today is World No Tobacco Day, the World Health Organisation (WHO) and partner organisations are highlighting the health risks of tobacco use. This year the theme is: ban tobacco advertising, promotion and sponsorship.

Studies show a comprehensive ban on tobacco advertising is a cost-effective way to reduce the number of people who start and continue to smoke. Despite evidence of the effectiveness of such a ban, only 6 percent of the world’s population are completely free of exposure to tobacco advertising, sponsorship and promotion.

So which countries are taking action and limiting or banning tobacco promotion and advertising?

All countries in the EU must prominently display health warnings on cigarette packets. Since 1991 all tobacco advertising and sponsorship has been banned in the EU. From 2005, this ban was extended to other forms of media such as Internet, print media, radio and sports events, inlcuding Formula 1. This ban doesn’t include cinemas, billboards or local sporting events.

In countries such as Russia, Germany, and Greece tobacco is advertised on billboards and in some special magazines.

Tobacco advertising and displays in shops have been banned since 2009. Ireland became the first country in the EU and third in the world after Iceland and Canada to ban in-store advertising.

Many countries in the Middle East are home to recreational shisha smokers. According to Dr. Wedad Al Maidoor, quoted in The National newspaper, the appearance and smell of shisha, along with its pleasant social connotations, may deceive smokers into believing that the activity is not harmful. International studies have shown that one hour of shisha smoking may be equal to the consumption of 100 cigarettes.

According to research released today, a quarter of all smokers in the UAE had their first cigarette before the age of 10. The UAE is introducing a health initiative, Too Smart To Start, targeting schools to spread information on the health risks of smoking tobacco. The initiative will focus on 10 to 18 year olds.

At the end of 2012 Australia introduced a law requiring all cigarettes to be sold in plain packets. All cigarettes are now sold in the same brown packaging with a bold health warning and the name of the brand written in small letters.

Despite strong opposition from tobacco companies, the law was deemed constitutional and upheld. Since the law was introduced, India, New Zealand, the UK and France have all expressed a wish to implement a similar rule.