Changes to health law for expats in France 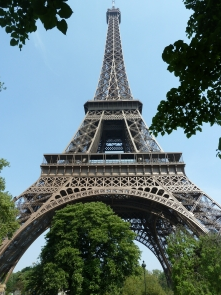 Since 2007 the topic of expats and health care has been a hot issue in France. The country has traditionally been very popular with expats, particularly those from the UK. Former President Nicolas Sarkozy expressed concerns that too many people were taking advantage of France’s free healthcare system and not contributing in return.

Now legislation has been passed that states EU nationals under the retirement age of 60 and who are not working will no longer be eligible for free healthcare in France. This means all expats in France under the age of 60 need international medical insurance.

There are some circumstances which all those under 60 access to the system, but they come with conditions.

David Retikin of Pryce Warner International Group, comments, “Many countries have fantastic healthcare systems but do not offer as easy access to expats as to nationals.

“This means that expats often need medical insurance to top up what is offered by the local system. In France this top up will now need to be fully comprehensive cover for expats to have complete peace of mind.”

An example published in the Telegraph explains that a British person who retires and moves to France will be eligible for free healthcare, but only for two years. This is on the condition they have been paying into the UK National Insurance system.

The French health system covers about 70% of the costs and the rest is covered by the individual. For expats who are under the state retirement age of 60 and not working, none of their costs will be covered.

For expats to become permanent residents in France they will need to prove they have health insurance which covers all or most of their medical costs in order to receive their carte de sejour.