Are British toddlers the fussiest eaters in Europe? 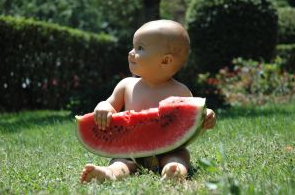 British toddler are the fussiest eaters in Europe, with French and Spanish babies the most open-minded.

A new survey released this week has found British toddlers are more likely to refuse meals than their counterparts across Europe. Over two thirds (69%) of British children under five refuse some food, putting them at the top of the refusal table.

The survey, conducted online, polled over 1,000 UK mums and 1,531 mums in France, Germany, Spain, Italy, Sweden and the Netherlands regarding their children’s eating habits.

In this first ever European Toddler Nutrition Index, British youngsters topped the table for pickiest (and messiest) eaters, with 26% refusing meals once a day and 8% throwing food they don’t like at the wall or on the floor.

French and Spanish toddlers appear to be the most open-minded at meal times, with only 15% of French babies refusing a meal once a day.

This picky eating among British toddlers is causing mothers a significant amount of anxiety. Over half (51%) admit to feeling frustrated and worried (38%) at their child’s refusal of food.

Mums give in to junk food demands

It seems toddler tantrums and refusing to eat, means UK mums are more likely to give in. Over four in ten (43%) mums let their toddler get away with not eating certain foods.

The results show UK mums are the most likely (39%) to reward good eating habits with sugary treats, drinks and sweets. This compares to only 13% of health-conscious French mums.

Italian mothers are three times more likely than British mums to give their offspring junk food, simply because they demand it. It seems German mums are pestered the most for fizzy drinks, sweets and chocolate with 38% reporting demands were made once a day. However, a quarter of these mums claim they remain firm and don’t give in to their children’s tantrums.

How have you found your toddlers cope with moving abroad and eating? Have you had any issues with fussy eaters? Share your experiences in the comments below.