Should you give birth abroad? 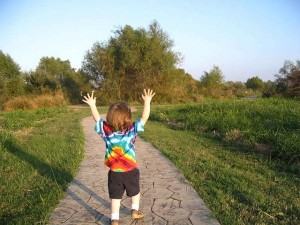 Giving birth is one of the most important events of your life, and as a single, childless male I feel I can say that with quite some authority.

If you are living abroad while pregnant, there is the added pressure of making the important decision of whether or not you want to have your child in your host country or make the trip back home.

There are many varying reasons as to why you might make one decision or another, so to get a better understanding of this and attain some first-hand accounts I set about asking the expat community about their experiences, and what ultimately influenced their decision.

The first thought that came to mind when mulling over the decision of giving birth abroad was the possibility of obtaining dual citizenship for your child, and the potential advantages this could offer your child. Of course, this isn’t as black and white as it may seem at first, as primarily you must investigate into whether or not your home country or expatriate home allows this, and how readily it is given.

Many countries, and perhaps of particular interest is the U.S., observe ‘jus soli’ which entitles an individual to citizenship as long as they were born in that country, regardless of where the parents hail from.

So why would you want your child to have dual citizenship, or a different nationality from yourself? Personally, I am entitled to an Irish passport through my grandmother (I myself am Scottish), something which my worrisome mother is keen for me to get lest all hell breaks loose and she has to watch her darling son toddle off to war following a reinstatement of conscription. Upon asking various members of the expat community about their reasons for or against it, I was introduced to some interesting ideas.

Naturally, a lot of decisions are based on where you are from and therefore what passport you are handing down to your children. One UK expat, who gave birth in Spain, pointed out that as both passports were from the EU it didn’t make any difference in terms of travel, however while this makes sense currently, it may do to look at the political climate and consider for how long the UK will decide to remain within the European Union.

One wise expat I spoke with said that “a child who is both a US and EU citizen…is very lucky and very well set for life”. With 15 out of 20 of the most powerful passports being European, along with the U.S. holding fifth place, it is easy to understand this logic. Not to mention an EU passport grants you access to any EU country. So I was very surprised when one U.S. mother said she would not be applying for relevant EU passports for her children  – they “would have to undergo the same process as everyone else” and that there were “lots of ways to live abroad”. It seems shortsighted to me to not make use of that opportunity early on which could provide a serious advantage to your children later in their lives.

Despite the strength of the U.S. passport, it does bring a serious disadvantage in that by being a U.S. citizen you must pay global taxes on income earned anywhere in the world. This applies to you even if you left the country when you were five years old and are now the Mayor of London. But still one can then decide at eighteen whether or not a U.S. passport is beneficial for them or not.

The subject of healthcare, for both you and your child, was repeatedly brought up while investigating this topic. Many expats from the U.S. explained that the maternity and paternity care was simply better in their expat homes (Spain and Germany to name two) than those offered at home. Whatsmore, it is also free to give birth in public hospitals in many European countries, compared to the extortionate rates that you face in the U.S.A. and elsewhere.

Many mothers explained that returning home simply wasn’t an option for them since their health cover was no longer active after having been abroad for so long. Conversely, one Mexican mother said that “since we have been working in Germany for many years already, our German insurance would cover everything, including the pre- and postnatal care”, therefore making it illogical not to take advantage of such an opportunity.

When we lived in the States, my sister and I were sent to a British school so that we could take the GCSE exams, making it easier when we eventually came home to merge back into the Scottish education system. I wasn’t surprised, then, to hear that the acceptance worldwide of a country’s education was a strong motivator in having children abroad, with the most highly touted country being Germany. This tended to be of more importance to parents originally from developing countries, where the quality of education may be lower or less acknowledged around the world.

Overwhelmingly, expats who found themselves having to make the decision of where to give birth chose to stay in their new home. As well as the reasons given above, many people pointed to the financial and organisational strain of going home, but perhaps one of the most pressing matters was the risk of the father not being able to be present due to work commitments or financial constraints.

A handful of expats, though, did point out that language barriers could add to what is already a stressful experience – one where clear communication is crucial. Don’t let this bother you too much though, as one happy-go-lucky German expat told me, “hey, they all come out in one way or the other!”

Have you given birth abroad or did you make the decision to return home to start your family? What factors influenced your decision? We want to hear from you!