During the past 12 months, one in 10 teens said they have been hit or physically hurt on purpose by a boyfriend or girlfriend at least once. And nearly half of all teens in relationships say they know friends who have been verbally abused.” say House of Ruth statistics.

Is your child a victim of teen dating violence?

How to spot the signs 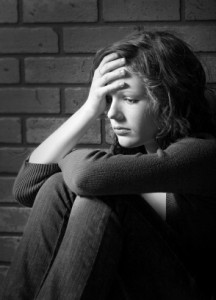 Chilling long-term effects of the victims

“...He had to make sure I wasn’t doing anything. He’d find out from his friends if I was talking to someone, and we’d get in a big argument. …He’d hit me, push me, sock me in the stomach and in the head. He was smart. He knew not to leave me with bruises that showed.” Barrie Levy

Mass media appears to be one of the biggest contributors to teen’s awareness regarding safe and unsafe relationships as it pressures teens to date. Teenagers across the media are often stereotyped and therefore assume they have to reach those standards and start romantic relationships before they are ready.

With the rise of smart phone devices and online dating, teenagers also became a subject of sexting, cyberbullying and invasion of privacy.

What can YOU do to help?

Don’t be scared to get help

“She could just pack up and leave, but she does not visualize what’s beyond ahead.” ― Núria Añó