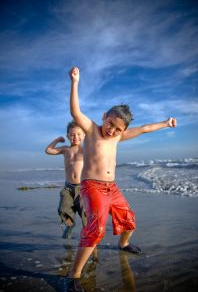 Which countries are the best for raising children abroad?

When focussing on health and safety the top three countries are:

Of the expat parents surveyed, 91 percent said they felt the safety of their children had improved since moving to Hong Kong. These results are far above any other country and above the global average of 60 percent of parents saying safety had improved since relocating.

Australia and Canada ranked highly for outdoor sports and activities for expat families. Over half (55%) of parents in Australia and two fifths (40%) in Canada reported their children were spending more time outside since relocating. This has a lot to do with climate and the availability of outdoor spaces.

When we consider all factors in the Raising Children Abroad league table, the top countries differ slightly. Considering factors other than health and safety, such as settling in, making friends, the cost of raising children and education quality, the top three countries are as follows:

Canada ranks highly in terms of health, children’s safety and integration, while the Middle East proves the biggest challenge to expat families. Saudi Arabia, Kuwait and the UAE fall in the second half of the table when all factors are taken into account.

Children in these countries struggled more with social integration, with six out of ten expat parents reporting the social integration of their children had become worse since moving. There is also a high propensity for expat children to play indoors on video games and watch more TV in the Middle East. Nearly half (44%) of children play more video games in Kuwait than they did in the their home country. This is likely due to extremely hot temperatures keeping children in cooler, indoor environments and poor social integration meaning making friends is harder.