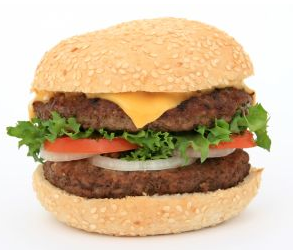 Marketing unhealthy foods to children has been proven to be “disastrously effective” says the World Health Organisation (WHO). While adults can recognise when they are being targeted by advertising, children are unable to make the distinction between advertising and cartoons, for example.

WHO is calling for tighter regulations regarding marketing junk food to children in order to tackle growing childhood obesity. Unhealthy foods are categorised as those being high in trans-fats, free sugars and salt.

While all 53 member states in the European region have signed a policy restricting the marketing of unhealthy foods to children, most rely on general marketing regulations rather than specific policies regarding unhealthy food.

The food industry is increasingly using modern channels such as smartphones and online apps and games to target children. In addition to online advertising, TV is still one of the most dominant marketing platforms.

As TV advertising is regulated in most countries, food companies are targeting children with hugely popular apps and games. “Advergames”, as they are known, are relatively new territory when it comes to targeting children.

In China McDonald’s has partnered with the Angry Birds creators to entice children through their doors.

In the UK, laws state that advertisements must be recognisable as such, and to most adults these “advergames” are nothing more than just that. However, a study from the Family and Parenting Institute found the majority of children under 10 are unable to recognise an advert disguised as a game.

As technology develops, manufacturers will evolve their advertising and marketing techniques to match. If regulations don’t keep abreast with marketing targeted at children then the problem will only get worse.

Zsuzsanna Jakab, WHO Regional Director for Europe, said: “Millions of children across the European Region are subjected to unacceptable marketing practices. Policy simply must catch up and address the reality of an obese childhood in the 21st century.

“Children are surrounded by adverts urging them to consume foods high in fat, sugar and salt, even when they are in places where they should be protected, such as schools and sports facilities.”