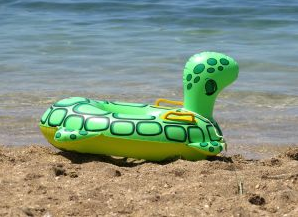 A new expat survey from Lloyds TSB International has highlighted where in the world British expats feel happy, healthy and wealthy. The poll asked over 1,000 British expatriates in popular expat destinations their opinions on living abroad, compared with life in the UK.

For expat families the opportunities and facilities for children are a major consideration when choosing a destination. Factors such as the quality of healthcare, schools and overall lifestyle require a lot of research.

So in which countries do expats feel raising a child, healthcare, education, and safety are better than in the UK?

On a positive note, over half of people surveyed (56%) feel it’s better to raise children abroad than in the UK. Though only 29% think they have better schools where they are now.

New Zealand was one of the highest ranked countries in terms of places to raise children with 79% of expats saying it is better than the UK. This is compared to only 48% in Canada, the UAE and Spain. Neighbourhoods are safer in New Zealand as well (70%) and the overall lifestyle is better (71%).

Switzerland ranked very highly for healthcare, with 86% of expats thinking healthcare is better than in the UK. This works out as 43% more than the global average. This compares with 41% of expats in Australia, 31% in the USA, and 29% in South Africa reporting the same.

The minority (29%) think schooling is better in their new country than it is in the UK. Only 12% British expats polled in the USA believe schools are better there, compared with 32% in France, 47% in Switzerland and over half of expats in Jersey (61%) and Guernsey (62%) believe they have better schooling than the UK.

Richard Musty, Director, Lloyds TSB International, told The Telegraph, “While moving overseas is very exciting, it’s important to be well-informed about your chosen destination. For many would-be expats, gaining insight and advice from those who have previously moved abroad or are currently living abroad is invaluable.”