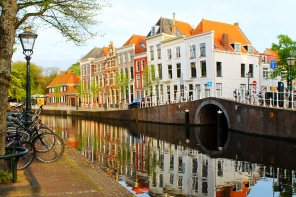 In a UNICEF survey, the Netherlands has been ranked as the best country for overall child well-being. The Netherlands was placed first in three out of the five categories studied.

The report looks at a total of five aspects of child well-being in 29 industrialized nations: material well-being, educational well-being, behaviour and risks, health and safety, and housing and environment.

While the Netherlands came top in the material, educational and behaviour categories it slipped into fifth place for health and safety. Nordic countries dominated the top five places in the table, with Norway in second place, followed by Iceland, Finland, and Sweden.

The table shows there isn’t a strong correlation between a country’s per capita GDP and child well-being. While the top five nations have some of the higher GDPs, the Czech Republic is ranked above Austria, Slovenia is higher than Canada, and Portugal scores better than the United States.

The United States, one of the strongest economies and most developed countries in the world, comes in 26th place overall, only just ahead of Lithuania, Latvia, and Romania – three of the poorest countries in the study.

If we focus on the health and safety of children in these countries, then Iceland comes in first place, followed by Sweden and Finland. The study looks at four indicators to assess the overall health and safety of children. Iceland, Finland, and Sweden all have infant mortality rates of less than 2.5 deaths per 1,000 births. Only four developed countries have infant mortality rates of greater than 6 per 1,000 births, and they are the United States, Latvia, Romania, and Slovakia.

Two weeks ago we looked at the best countries for raising children abroad as defined by the HSBC Expat Explorer survey. Germany was ranked number one by expats living there. In this survey Germany comes in sixth place for overall child well-being. The Netherlands, number one for child well-being, came sixth in the table for raising children abroad.

Once again this study illustrates the success of northern European and Scandinavian countries in dominating quality of life studies. If you’re thinking of moving abroad with your family this information will no doubt form part of your research into your new home. If you live in one of these countries with your children let us know what you think. Do you agree with the results?