Teens and depression: The warning signs 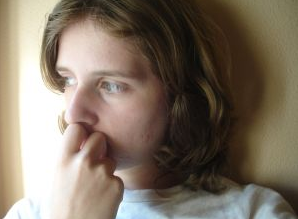 Spot the signs of teenage depression.

Withdrawn, irritable, sleepy. This could be any teenager at some point, but these signs are also symptoms of teenage depression. “The difference between normal teen moodiness and clinical depression is very hard for lay people to discern,” says Ken Duckworth M.D., medical director of the National Alliance on Mental Illness.

Although depression is highly treatable, experts estimate only 1 in 5 depressed teens receive help. Unlike adults who can seek help on their own, teenagers often rely on parents, teachers, or other caregivers to recognise symptoms and get them the treatment they need.

A move abroad, away from friends, family and school can trigger depression among teenagers, who place a lot of importance on social interaction in their daily lives. For parents moving abroad with teenagers it is especially important to pay attention to any of the following depression signs and symptoms:

These are just some of the symptoms of depression, but not all may appear in every case. Most of these are also typical teenage behaviour, especially if you’ve recently moved abroad. The key for parents, is to consider how long the symptoms have been present, how severe they are, and how different the teen is acting from his or her usual self. Any dramatic, long-lasting changes to personality, mood, or behaviour should be taken seriously.