A journey through the New Zealand health care system 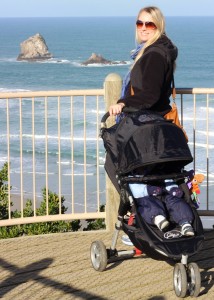 The style, quality, affordability, and availability of health care were all big thoughts in my mind when my husband and I moved to New Zealand in 2010. I’m a nurse. I would be practising in this system so naturally, I had a curiosity about it. Using it as a consumer, though, wasn’t one of my big concerns. We’re both generally healthy and we had no children. Neither of us have any chronic conditions, nor have we had cause to use the healthcare system in the States too much.

I did some basic research on NZ health care and formed the conclusion that the system here was of a high enough quality that we should have no qualms about moving here, especially since our work-to-residency visas entitled us to the same health benefits as citizens. I imagined that my use of the system would be limited.

A new baby on the way

Three months after moving here, we were expecting our first child. I had a prime opportunity to use the New Zealand health system by signing up with a midwife. I’m happy to say that my experiences during my pregnancy were wonderful. I had a great midwife who had nearly 30 years of experience. I received regular lab tests and all of the necessary scans. Antenatal courses were available to me (for a fee) and when I went beyond my due date, my midwife set me up to meet with a team of doctors and nurses to discuss the possibility of induction.

Thankfully, that possibility never became a reality. Our son was born without difficulty. There was a small, non-urgent, concern that my midwife had regarding our son, so she requested a paediatrician consult. Our new baby boy was examined by the doctor when he was less than 12 hours old. The paediatrician visited us at the after-care (non-hospital) facility and everything was fine, though he did tease me about “definitely being an American”, as evidenced by the fact that I called him “doctor”. Doctors in New Zealand tend to be on a first-name basis with their patients and with nurses, too.

Having a child in New Zealand has given me the chance to see even more of the healthcare system here. Our son has thankfully been generally healthy, aside from the odd ear infection, fever, and general childhood illnesses that one gets. All of his care was done by my midwife for the first 5 weeks of his life. She visited me at home, meaning that I did not have to pack up and drive to the doctor’s office. His heel stick was done in our living room! Once he was 5 weeks old, his care was turned over to the Plunket nurse.

Plunket is a non-for-profit organisation in New Zealand. It runs entirely on charitable donations and we have been so appreciative of it. I encourage you to check out their website, Plunket.org.nz, for more information. Our Plunket nurse did 2 home visits and from that point on, we saw her in her clinic for our son’s well-baby checks. I had thought that she would do his vaccinations but, upon further reflection, realised that this wasn’t likely. Vaccinations are done in the doctor’s office in the rare event that there is a reaction. My son was examined by the GP before his first vaccination in order to ensure that he was in good health. From that point on, his immunisations have been done by the practice nurse without needing a doctor’s exam. He continues to have well-child checks by the Plunket nurse.

When our son has been sick, my first plan of action (other than managing it on my own) is to contact the PlunketLine. This is an 800 number through Plunket that connects parents with nurses. I’ve only had to call this line once and I was able to discuss the problem with the nurse. After talking about his symptoms, how long he had been ill, etc., she advised me to see the GP. I called and was able to get an appointment for that afternoon, no trouble. Our son ended up being OK, just a virus, but it was encouraging to have free health advice at the tip of my fingers and to be able to get an appointment so easily. In the 2 other instances where I’ve needed to have him seen by a GP, he’s been able to get appointments for that same day.

Oh, and did I mention that at no point during any of this – my appointments with the midwife, my lab tests, the paediatrician consult, home visits, being seen by the Plunket nurse, being seen by the GP, getting vaccinations, or picking up medicine to treat his ear infection – have I been presented with a bill? Yes, we do pay high taxes in New Zealand but it’s worth it, in my opinion. I’ve been happy at every point in our journey through the New Zealand health care system. There are bad stories that you hear – getting in with specialists can take quite a while depending on the nature and severity of your case – but overall, my experience as a mother, as a patient, and as a nurse has been a good one.

Jenny has been blogging since 2008. She originally started her blog as a means of keeping family up to date, but this expanded to sharing her experiences as a married first-time mother and American expat living in New Zealand. In her spare time, Jenny enjoys blogging, spending time with her husband and son, working as a nurse, taking photography classes, and traveling.

hi Jen! i’d love to find out how much it cost for your pre natal visits to your midwife. hoping for a prompt reply.. newbie mom..Nicole