The best and worst countries to be a mother 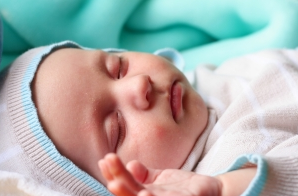 Save the Children has released its Mother’s Index , ranking countries on the best and worst places to be a mother.

Compiled by the charity Save the Children, the Mother’s Index has rated the best, and worst countries to be a mother. The top three spots are taken by Finland, Sweden and Norway respectively. Neither the UK nor the U.S. appeared in the top 20.

The study, now in its 14th year, looks at indicators of maternal health and under-5 mortality, as well as women’s education, income and political status. The UK came in at number 23, and the USA at 30. The toughest place to become a mother is the Democratic Republic of the Congo (DRC).

The charity said, “Reducing the number of indicators shines a spotlight on what matters most in the lives of mothers and their children.”

Researchers said education was important because babies of educated women were more likely to survive and be healthy. The political status of women was assessed by the number of females in government. If women have a voice in politics, issues related to motherhood and children are more likely to be raised.

Ranked at number 23, the UK had fewer women in Parliament and higher maternal and infant mortality rates than much of Europe, Save the Children reported. Women in the UK are at higher risk of dying during pregnancy or childbirth than those in Montenegro, Lithuania and Slovakia, according to the statistics.

Save the Children suggests the reason for these results is the age at which women are having children in the UK. With a high teenage pregnancy rate and IVF pregnancies there is a greater proportion of young and old mothers in the UK.

First day of life is most dangerous

The report also looks at the number of babies dying within 24 hours of being born. It found the U.S. had “by far the highest rate of first-day deaths among industrialised nations” – more than twice the amount (11,300) of the entire EU (5,800).

To explain these figures the charity points to the rate of premature births in the U.S., 1 in 8 babies are born too early. Premature births are the leading cause of infant mortality around the world. However, the developing world remains the riskiest place for mothers and babies. A baby in the developing world is seven times more likely to die in its first day than one in the industrialised world, the charity found.

Justin Forsyth, CEO of Save the Children said, “Overall the world has made unprecedented progress in reducing child and maternal deaths.

“But within this progress there are two big challenges:  newborns and malnutrition.   We can end child and maternal mortality in our generation —  by using tried and  tested interventions to stop mothers and babies being lost from what should be simple preventable causes.”