Calories on menus around the world 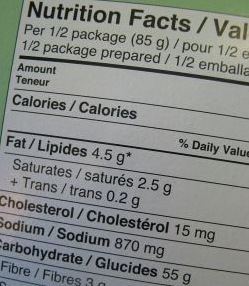 Women who read the nutritional information on labels are thinner than those who don’t.

According to a recent international study, reading the labels on food is linked to obesity prevention, particularly in women. Data from the U.S. shows women who routinely read nutritional information weigh four kilograms less than women who don’t read the information. The data was taken from the annual National Health Interview Survey (NHIS).

In some areas of Australia, nutritional information is also displayed, in the states where the law has been introduced companies must put calorie information on their menus. In the UK displaying this information is voluntary but several national chains do it, including Burger King, Kraft Foods and Pizza Hut.

“Obesity is one of the most serious health problems in modern day USA,” outlines María Loureiro, lead author of the study published in the ‘Agricultural Economics’ journal. “The number of overweight or obese adults has risen over the years. From 2009 to 2010, more than a third (nearly 37%) of the adult population in this country were obese and in children and adolescents this figure rises to 17%.”

The team found very significant differences between consumers that read labels and those that do not. On the one hand, the study shows that the smoking population pays much less attention to this information. According to the researcher, “their lifestyle involves less healthy habits and as a consequence, it could be the case that they are not so worried about the nutritional content of the food they eat, according to our results.” According to sex, 58% of men either habitually or always read the information contained within nutritional labels. However, this figure stands at 74% for women.

Do they print calories on menus where you live? How does it affect your food choices?