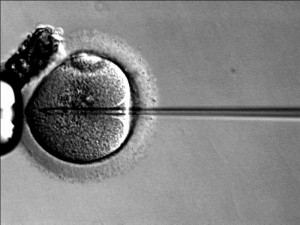 Facebook has recently proposed a new “perk” for female employees to freeze their eggs so they may focus on their career and postpone motherhood until a later date. Facebook is paying $20,000 to cover the oocyte cryopreservation (egg freezing) treatment ($10,000) and yearly storage costs ($500). Technology giant Apple is soon to follow suit.

However, these proposals have sparked a debate concerning the implications of this decision. Is this form of “fertility insurance” necessary, or do women simply need more support from their employers if, and when, they decide to start a family?

What is oocyte cryopreservation?

Oocyte cryopreservation is the scientific name given to the procedure of extracting female eggs and freezing them in order to preserve them at their optimum fertility level. Since the egg cell is largely made up of water, there are risks of ice crystals forming inside the cell as it freezes, this can destroy it. For this reason, the process of egg freezing can be very risky.

The procedure has undergone major developments over the years, with scientists working on various methods, slow-freezing and flash-freezing (vitrification), to avoid damaging the cells. Slow-freezing involves replacing the water in the cells with an “antifreeze” solution, while vitrification, considered to be the riskier option, involves plunging the eggs directly into tanks of liquid nitrogen.

It has been estimated that a total of 2,000 live births have occurred after egg freezing therapy, the first successful case was reported in 1986.

There has been public criticism of Facebook and Apple’s proposal with some people arguing that this “perk” is assuming that all women want to have children. Others have argued that these companies are simply sidestepping this issue and instead of giving women the appropriate support if and when they decide to have children, rather than making it appear that they must postpone their desires to have children in order to stay in the game. The cover of Bloomberg Businessweek from April 2014 which blared the title: “Freeze your eggs, free your career” further suggests that motherhood is something which restricts a woman from reaching her full potential.

Seema Mohapatra argues in her 2014 report “Using Egg Freezing to Extend the Biological Clock: Fertility Insurance or False Hope?” that if egg freezing became commonplace in the business world, that those women who decide to “opt-out” of the procedure and decide conceive during their youth instead, would appear less committed to their jobs. Mohapatra has further concerns in regards to a divide in wealth, i.e. rich women having a career advantage simply because they can afford to pay for egg freezing treatment, and thus having the option to delay the career vs motherhood debate until they feel like addressing it.

In 2012, the American Society of Reproductive Medicine (ASRM) released a publication entitled: Mature oocyte cryopreservation: a guideline, which concluded that egg freezing should no longer be considered experimental, however, due to limitations in published data regarding the safety and success of the procedure, it was too soon to be universally recommended to the public.

The offer to freeze women’s eggs by Facebook and Apple is part of a growing trend to attract more women to Silicon Valley, which currently has a shortage of female executive employees.

“This is a nice perk but of course it’s a very personal decision for every working woman,” Kellye Sheehan, of Women in Technology, a Washington-based organisation for women in the industry, told USA Today. “Agreed, working mothers have a lot to juggle. But you can’t let your employer force you into something that doesn’t fit your values or personal choices.”