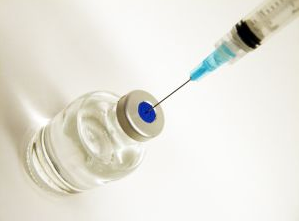 Calls to improve access to the HPV vaccine as protection against cervical cancer.

International health experts have called for worldwide access to the human papillomavirus (HPV) vaccination, screening tests and treatment as the primary preventative measure against cervical cancer.

There are currently two vaccines available which protect women against the two most common strains of HPV (16 and 18) which cause 70% of cervical cancers.

At the Global Forum on Cervical Cancer Prevention in Kuala Lumpur last month, GAVI Alliance CEO Seth Berkley said the spread of the “entirely preventable” disease can be curbed through proper vaccination early on and regular screening.

“For every 1,000 girls vaccinated, 13 lives are saved,” Seth Berkley said, adding that GAVI Alliance has also successfully negotiated on the cost of the vaccine from US$130 per vaccine to US$4.50 for GAVI-approved low income countries.

In the majority of developed countries the HPV vaccine is being introduced through school vaccination programmes. In the UK for example, the vaccine is given to girls aged between 12 and 13 during the regular school immunisation programme.

Malaysia was one of the first Asian countries to introduce the vaccine, and 95% of eligible teenage girls have received all three doses.

By 2030, over 30 million girls in 40 countries will have had the HPV vaccine with the help of GAVI Alliance. These immunisation programmes will focus on developing countries where cancers caused by infections are much more prevalent than in the developed world.