“If I have another child I would do it in France, not the U.S.” 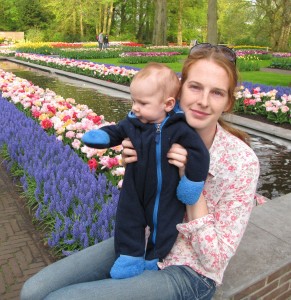 Moving abroad and having a baby can be two demanding experiences in themselves, so how about when the two coincide? We spoke to expat mum Liene, who has had a child on both sides of the Atlantic.

How did you find being pregnant and having a baby in France?

Pregnancy and childbirth in the USA and in France were two very different experiences, and I think if I were to have another child, I would prefer it to be in France, where the prenatal approach was more ‘hands-free’.

In America, you tend to visit the doctor once a week in your third trimester. Meanwhile in France, the first appointment is at twelve weeks and then you go back every month, which I preferred. Even though the visits were less regular, there was no problem with asking questions, or wanting to make extra appointments; they want you to know what’s happening to your body and to be comfortable with it. In some ways it was a more clinical approach, but overall a much calmer experience.

In the USA, there is a trend for having a homebirth or for using a birthing centre, whereas here in France the only cases of this I’ve heard have been when the mum didn’t reach the hospital in time!

Did you notice any other differences between the systems?

In France you can choose between public and private health care, but I haven’t noticed a big difference between the two. We as expats are insured through my husband’s company, and chose a clinique, which is more like a hospital. They have a rotating staff system, so unless you are booked in for a C-section, you will be looked after by whoever is on duty when you arrive.

Was it easy to register and were there any language barrier issues?

We were lucky to have been helped through the health care system and bureaucracy by my husband’s company, but I’d say that the red tape can be quite tricky to manoeuvre. I understand most French but can speak very little, so took advantage of the international community here when it came to translating forms etc. I took along a friend to my anaesthesiologist appointment, for example, to help me translate. Most doctors and nurses here don’t speak much English, so that was a factor in choosing my doctor. I wouldn’t say that the language barrier has been a problem however, it’s simply provided numerous anecdotes!

Were there any difficulties in moving abroad with a young child?

A difficulty you may encounter, is that the daycare system here uses a sliding scale, giving the highest priority to French mothers with two or more children. As expats therefore, even though you pay taxes, it could be quite difficult finding a place for your child, so plan ahead.

Having our eldest child with us actually made the transition easier as it pushed me out to meet new people. I’ve joined an international women’s group, a mum and baby group, and more. Although the common language is English, I’ve also been able to practise my French. I would say though, that the older your child, the harder the transition may be

Do you have any tips for future expats?

Learn the language! It’s a big part of life abroad, and even just a little effort will go a long way. Say ‘Bonjour’, and at least try to start the conversation in French as a common courtesy.

Liene is a Latvian-American originally from Chicago. She moved with her husband and son to Clemont-Ferrand, France in 2010, where she had her second child. You can read more about her life abroad on her blog, Femme au Foyer.