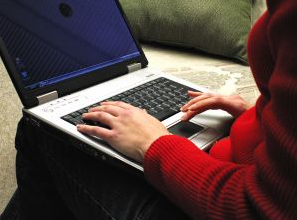 Many women are self-diagnosing online using "Dr Google", with 1 in 4 getting it wrong.

As an expat I am sure you are familiar with the struggle of finding healthcare abroad. The differences in language, cultural norms and even different names for your medication can make getting the right treatment difficult.

It’s not surprising that many people turn to the Internet to find an easy diagnosis before they reach out to a doctor. This has become such a phenomenon that it is now putting people’s health at risk, according to a new report issued this month.

Women who face unexplained health problems are twice as likely to check online before seeing a doctor. The study also revealed one in four British women has misdiagnosed themselves on the Internet. After diagnosing themselves online more than half of the 1,000 women surveyed would then buy a product to treat their illness.

The survey was commissioned by feminine health brand Balance Activ to raise awareness of Bacterial Vaginosis, a condition that is almost twice as prevalent as thrush that two out of three women are misdiagnosing.

20% of women have misdiagnosed a serious disease

Experts say “Dr. Google” is fast becoming the first port of call for women facing unexplained symptoms, even though it rarely provides an accurate diagnosis. This has led to a tenth of British women to suffer unpleasant side-effects after self-medicating.

A fifth of women in the study said at some point they have suspected they had a serious disease. The most common misdiagnoses were breast cancer, thrush, high blood pressure and arthritis. The symptoms women were most likely to consult the internet about were, headaches, sleep problems, anxiety, depression and muscle spasms.

As expatriates, it is more than tempting to check our symptoms online and perhaps even wait to see a doctor until we go home to visit friends and family. While this can be a time-saving tactic to begin with, it won’t replace a genuine diagnosis from a medical professional.

“The web gives us a wealth of information that can be useful in reducing our worries until we’re able to gain proper advice from a medical authority if it’s needed, but the results show how easy it is to make mistakes when diagnosing ourselves,” said Penny McCormick, a Balance Active spokesperson, in a statement.

“It’s important we learn which information to trust online and that we’re able to make the distinction between what can be self-diagnosed and easily treated, and what definitely requires the help of a medical professional.”