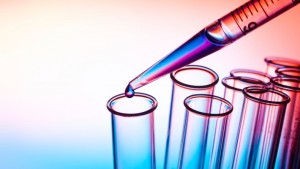 Approximately one in 70 women will develop ovarian cancer in her lifetime.

Ovarian cancer is the seventh most common cancer in the world, with nearly 239,000 women worldwide diagnosed with the disease in 2012 according to World Cancer Research. It is known as the ‘silent killer’ as it usually is not detected until later stages in its development.

A new blood test for ovarian cancer is able to detect twice as many cases as conventional methods. Medical researchers believe it could lead to national screening programmes in the UK. This breakthrough could mean radical changes in the way ovarian cancer is recognised and treated in future.

For the past 14 years, The UK Collaborative Trial of Ovarian Cancer Screening performed annual blood tests on 202,638 postmenopausal women across 13 NHS Trusts. They tracked changes in the levels of CA-125, a high level chemical protein found in ovarian tumours. If the levels rose, the women were sent for further tests and an ultrasound scan. The new study used an algorithm to analyse several CA-125 with a focus on unusual increases in protein levels.

The women were then separated into three risk categories: normal, intermediate and elevated. They were then monitored over the years and underwent multiple screenings. Women with an elevated risk were also given a transvaginal ultrasound exam.

The new study proved successful as 86% of cancers were detected during the early stages. With traditional screenings, only 41% to 48% of the cancers would have been found.

Dr James Brenton, an ovarian cancer expert at Cancer Research UK, said: “A blood test to find women at risk of ovarian cancer is an exciting prospect, but this work still needs to be tested in women to see if it can save lives. By tracking how the levels of the CA125 protein change over time we might have an early signal to detect tumours. Ovarian cancer is particularly hard to spot at an early stage so it’s vital that we find ways to diagnose the cancer sooner.”

While this new method needs further testing, it is certainly a positive step in the right direction and has the potential to save the lives of women across the globe. The full report of the trial results and the effect of screening on cancer death rates will be available this coming autumn.