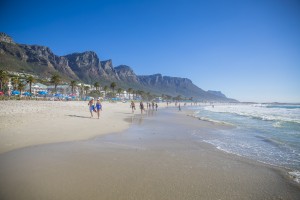 With an estimated population of 3.75 million, Cape Town is considered as one of the favorite expat destinations in South Africa.

Whether you are attracted by the high annual salaries, relatively low living costs or tempted by the warmer climates, you would not be alone in the desire to relocate to Africa.

For those seriously thinking about moving to live in Africa, there are two very important things to bear in mind:

Although private health insurance may seem like a scary investment it is highly recommended for expats who want and need access to high quality medical care. You can be covered for emergency evacuation if you need to be treated elsewhere, which is essential if you plan to relocate to the more rural areas.

Let’s take a look at the health care access in 5 expat destinations in Africa.

With 64% of expats earning more than USD 25,000, Ghana is a popular choice for working expats. The country ranks highly in terms of job opportunities, work balance and job security.

World Health Organization ranks Ghana 55th position out of 190 countries for access to healthcare. Their public health care system is one of the best organised in Africa, offering their citizens access to medical care. Expats can use the public healthcare system but will be limited in terms of the facilities they can use.

For more in depth information on moving to Ghana and an opportunity to download Integra Global’s health guide click here.

Kenya offers many opportunities for expats especially in terms of personal finance, job opportunities, work-life balance and job security. The World Health Organization ranked Kenya 140th out of 190 country in terms of access to health care.

Kenya’s government is actually working hard on improving the availability of healthcare for everyone, even if access to medical care remains expensive for most of the population. While healthcare is relatively accessible for expats living in the bigger cities, it is very difficult for those living in the rural areas to be treated. It is worth bearing in mind that you can be covered for emergency evacuation under a private health insurance plan if you are living and working in rural areas of Kenya.

The public services in Kenya lack trained staff and facilities so it is highly recommended that expats invest in private health insurance to ensure quality treatment.

South Africa attracts many expats on account of an offered high quality of life and low cost of living.

If you opt to use the public facilities it is important to note that South Africa does not have agreements with others countries, therefore you might have to pay in advance for treatments. The public medical facilities are cheaper in South Africa than in other countries, costing around 7€ for a consultation.

For more in depth information on moving to South Africa and an opportunity to download Integra Global’s health guide click here.

The civil war in Angola which spanned almost 30 years has taken its toll on the economy in the country. As a result the public healthcare system is of a low standard in terms of hygiene, facilities and sufficient employees to each patient.

The countries ranks 181 out of 190 countries by the World Health Organization in terms of healthcare.

Private health insurance is highly-recommended for expats in Angola, especially since you will be able to receive treatment outside of the country by emergency evacuation if needs be.

For more in depth information on moving to Angola and an opportunity to download Integra Global’s health guide click here.

Nigeria is considered to be in the top 3 best countries to live in Africa after South Africa and Kenya. The country has one of the strongest economies in Africa consequently attracting people from around the world. Nigeria has the highest percentage of top-income expats, meaning that 12% of expats earn more than USD 250 000 each year.

Having said this, WHO have ranked the country in 187th place out of 190 in terms of access to healthcare due to a lack of public facilities and untrained staff. Note that Nigeria is the only country in Africa still facing Polio epidemic, reflecting the lack of medical care available for the population.

Which diseases have a high incidence in Africa?

These African countries are becoming expat hotspots for a number of different reasons. As highlighted however, the quality of healthcare you can receive through the state as an expat may be limited and of a lower standard than you might expect. It is highly recommended therefore that you find seek private medical insurance before your move.