How can expats improve their mental health? 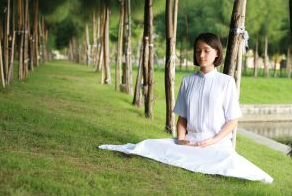 Expatriates are at a higher risk of mental health problems and substance abuse issues than non-expats, according to recent research. As an expat settling into a new culture and way of life is daunting. It isn’t surprising many have reported suffering from anxiety, depression and other mental health issues. Throw a family into the mix and the stress levels can rise.

A study, published this month in the journal Emotion, showed people who underwent short, intensive meditation courses were less stressed, anxious or depressed. The study was comprised of 82 female school teachers aged between 25 and 60. After undergoing the course, blending ancient meditation techniques with modern scientific methods for emotion regulation the teachers were more compassionate and aware of other people’s feelings.

Previous research has linked meditation to positive changes in blood pressure, metabolism and pain, but this study is one of the first to look at the emotional impact.

“We know much less about longer-term changes that occur as a result of meditation, particularly once the ‘glow’ of the experience wears off,” Kemeny said. “It’s important to know what they are because these changes probably play an important role in the longer-term effects of meditation on mental and physical health symptoms and conditions.”

All those who took part in the study were in intimate relationships. One aim of the research was to test the impact of meditation on the well-being of their partners. To test this, the participants and their partners underwent a “marital interaction” task which measured minute changes in facial expression while they attempted to resolve a problem in their relationship. Those who express certain types of negative facial expressions in this type of task have been shown to have higher divorce rates, research has shown.

“We wanted to test whether the intervention affected both personal well-being as well as behaviour that would affect the well-being of their intimate partners,” said Kemeny.

Some of the teachers’ key facial movements during the marital interaction changed, particularly hostile looks, which diminished. In addition, depressed mood levels dropped by more than half. In a follow-up assessment five months later, many of the positive changes remained, the authors said.

In a recent study, many expats cited family dynamics as a main factor in the success of an expat assignment. Moving to a new country is stressful for all concerned. Meditation may be one method to reduce stress and improve relationships within the family, as well as with co-workers and friends.

Kemeny added, “This study is particularly important because opportunities for reflection and contemplation seem to be fading in our fast-paced, technology driven culture.”