Immunisation: why is there a global disparity? 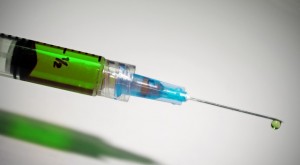 Vaccination is important in protecting children from disease.

There is no greater tragedy than losing a child but imagine the anguish if that death could have been prevented. The development of powerful vaccines and immunisation programmes means that no parent need fear losing their child to mumps, rubella or measles ever again.

Immunisation is a powerful tool in the fight against childhood mortality and one you would assume most countries would embrace. However a 2014 World Health Organisation assessment which ranked immunisation coverage by country found some surprising results.

In Europe, you would want to avoid Austria with a coverage of just 76% and head for neighbouring EU states, Luxembourg and Hungary, on 99% respectively.

Cultural and economic reasons impact a country’s rate of immunisation. Attitudes to measles vaccinations are indicative of wider attitudes about immunisation in general.

It is obvious why South Sudan has only achieved 22% coverage as it is in a state of war. While Somalia (46%) is ranked 229 out of 230 in terms of GDP per capita. Unfortunately some countries just do not have the health infrastructure to implement immunisation programmes. It is noticeable that many of the countries with the lowest coverage are all developing economies.

In America and Austria’s case it is perplexing why these highly developed countries could not achieve higher rates. True, there is an anti-vaccination movement in America – spurred on by the erroneous belief that vaccines are responsible for the onset of childhood autism – but this cannot be the whole story.

The reason why countries fail to reach full immunisation coverage is largely to do with complacency. The success of immunisation initiatives in developed countries mean that some countries are effectively considered measles-free.

Measles is not noticeably visible amongst the population, so people are led to believe that it is not a serious disease. While the reality is that deafness, blindness and in serious cases encephalitis are all devastating consequences directly related to the disease. If measles were as prevalent in America and Austria as in many developing countries, no parent would take the risk and choose not to immunise.

Is global immunisation even practical?

Even with seemingly insurmountable odds, mass immunisation is possible. China with its 1.3 billion population has managed to achieve a vaccination rate of 99% through mandatory vaccination. This impressive feat shows what can be achieved with the right attitude.

Your family’s health is your responsibility

Despite the success of global initiatives in combating diseases, ultimately the responsibility to safeguard your family’s health is yours. The best way to protect your children from contracting preventable diseases is to get them vaccinated.

For those considering moving abroad, to areas where there may be a high prevalence of certain diseases, it is essential to take the right precautions. Vaccinations are important, as is avoiding high risk areas e.g stagnant water for malaria. One of the best defence for your family’s health is to be informed.

Have you ever avoided a country because the health risks for your family were too great? What precautions have you taken to protect your family’s health if you move abroad?