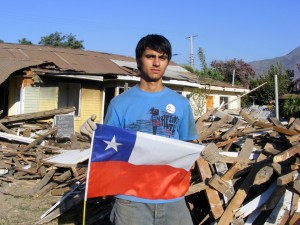 The earthquake that hit Chile measured 8.3 on the Richter scale

This week an earthquake with a magnitude of 8.3 struck off the coast of Chile, tremors could be felt as far as Buenos Aires, Argentina. The quake that hit near the coastal town of Coquimbo resulted in 20 people being injured and 10 losing their lives. One million people have been evacuated.

However advanced the modern world, we are still terribly vulnerable to the worst extremes of nature. For an expat, concerned about the health and well being of their family, it is important to weigh up the risk when relocating. Below you will find cities with the highest risk of being hit by a range of natural disasters. 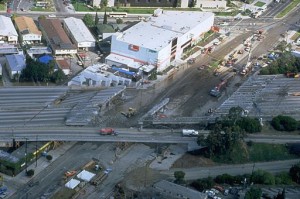 They call it La-La land maybe because of the manner in which the 14.7 million inhabitants blithely go about their lives in a city built atop the San Andreas fault: the boundary between the Pacific and North American tectonic plates. According to seismologists, a mega-quake, one measuring 7.5 or above on the Richter scale is about 100 years overdue in LA. A mega quake would flatten the 1950s and 1960s buildings abound in the city. Furthermore California is now entering its fifth year of drought which raises the possibility of wildfires in Los Angeles county. If you want to make it big in the movies, maybe Nollywood would be a safer option.

China’s massive expansion has left many of its cities vulnerable to flood risk with the desire to expand prioritised over necessary infrastructure to deal with natural disasters. This is compounded by a lack of public shelters and a severe lack of emergency training.

Shanghai is built atop a floodplain and is at a heightened risk of storm surge while constantly facing the risk of a river-delta flood. In 2015, torrential rain caused by typhoon Goni was responsible for flooding Shanghai’s Hongqiao International Airport. Serious flooding also occurred in 1997, when the level of the Huangpu river increased by 5ft coming within 3ft of the top of the flood wall defence. 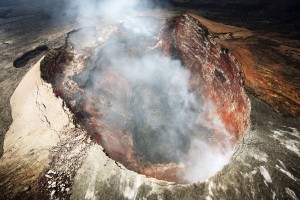 Kilauea volcano in Hawaii is the world’s most active volcano and only a volcanologist would want to relocate to Pahoa, the nearest town. Located on the southern part of Big Island, the volcano is in a state of constant eruption which started in 1983. Lava fountains and lava flows are a daily occurrence.

Seemingly some people are happy to live next to a lava-spewing behemoth despite the huge risk: in 2014, a lava flow almost engulfed a nearby village. 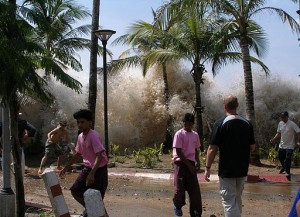 The devastation caused by the earthquake and subsequent Tsunami in the Indian Ocean in 2004 is etched in all our memories. With rising sea levels, many island nations are at great risks from the effect of Tsunamis caused by underwater earthquakes or from aftershocks. Tuvalu in the middle of the Pacific is only 4.5 metres above sea level. The highest building on the island is only 12 metres. The waves in the 2004 tsunami were almost 15 metres indicating the enormous risk and potential destruction that could engulf Tuvalu. 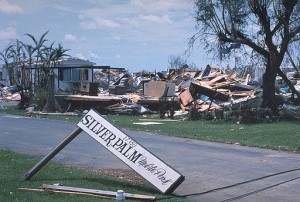 During hurricane season, June to November, there is a 48% chance that Miami will be hit by a hurricane. Measuring only 42 ft above sea level, the majority of the population of Miami live within 20 miles of the Atlantic coastline. This heightens the risk considerably for both people and property.In 1992, hurricane Andrew, the 3rd strongest hurricane ever recorded in US history battered the city with winds of 165 mph. The hurricane caused over $20 billion worth of damage.

The 5 safest countries for natural disasters

According to the World Risk report, the top five safest countries in terms of natural disaster are:

Would you avoid moving to a country because of the risk of natural disaster?