Expat experiences: Healthcare in the US 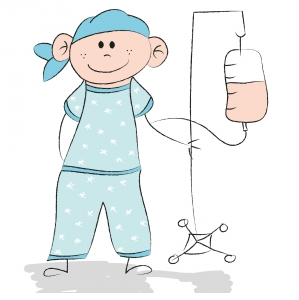 Ophelia Dodds explains how she negotiated the health system in the US as an expat parent.

When I heard we were moving to Chicago with our nearly 1 year old daughter, I was quite excited to experience the amazing US healthcare. I had heard these wonderful stories about sumptuous waiting rooms, being seen at the exact time of your appointment and the ability to choose between a huge range of practitioners.

Here is the truth of it (our truth anyway).

When we arrived, I immediately started to look for a pediatrician (children have to have their own doctor, they can’t use an adult one). What I hadn’t realised was that you can only use an “in network” doctor, which means a doctor that is approved by your insurance company. You can use “out of network” but you have to pay an extortionate amount for the privilege. So I followed the link sent to me by my insurance company and was thrilled to ﬁnd on my search within a mile of my location there were nearly a hundred doctors listed! Unfortunately their database listed the doctors by billing address, and all of their ﬁnances are handled downtown – within a mile of my address. I ﬁnally managed to ﬁnd a practice within walking distance of our apartment. They weren’t taking on new patients. Finally I found somewhere. They asked me which doctor I would like to see. I said I didn’t care and ironically I ended up with the world famous sleep consultant Marc Weissbluth. This whole process took nearly a month, by which time I was ready to pack up and head back home.

The same happened when we tried to ﬁnd a GP. They just don’t have GPs here. If there is something wrong with you, you Google your symptoms, decide what you have, and head directly to a specialist (an “in network” specialist). If you’re wrong, he will tell you who to try next. The whole thing is a horrible mess! Luckily I was referred to a German doctor who operates a GP-style system for confused expats. Thank you Facebook friends!

Last year I was involved in a Segway accident (OK, I fell off it) and had to go for X-rays. About a month later, I received a bill for $2000. After ﬁghting it for another 3 months, I ﬁnally managed to get it reduced to $120 but it was hard work.

To be fair, it’s the system rather than the healthcare that is ﬂawed. We have had to take our daughter to the Emergency Room twice in recent months and both times she was seen by a nurse within 10 minutes and a doctor within the hour. We had our own room equipped with TV (movies and games) and afterwards she was given a popsicle. In fact, the second time when I said we had to go to the hospital she said “Yay!”. I just hope she doesn’t start hurting herself just so that she can go again.

The key to healthcare seems to be to understand how to work the system. Most Americans don’t know either and I’ve heard some horror stories even worse than my Segway one – such as the time someone’s baby was taken into intensive care after birth and they received a $30,000 bill for the attendance of a specialist who didn’t do any work on their baby but entered the room while the baby was in it. Certainly the care is some of the best in the world, if you have the insurance and the money for it. And lots and lots of time to ﬁgure it all out!