Depression is number one illness among teens worldwide 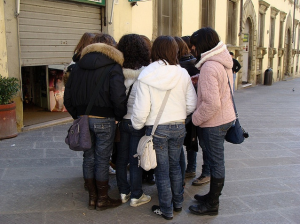 The World Health Organisation (WHO) is calling for a stronger global focus on adolescent health after releasing its report, Health for the World’s Adolescents. The report reveals depression is the predominant cause of disability and illness among boys and girls aged between 10 and 19. The top three causes of death for adolescents are traffic accidents, HIV/AIDS, and suicide.

An estimated 1.3 million adolescents died in 2013, mostly from preventable or treatable causes. Evidence suggests half of all adults affected by mental health issues show symptoms from age 14, however, many cases are undiagnosed and untreated early enough. If adolescents have access to the diagnosis and support they need, deaths may be prevented.

Road traffic injuries were the top cause of adolescent death worldwide and the second cause of injuries and disability behind depression. Males are disproportionately affected, with three times as many boys killed as girls. Increasing access to safe and reliable public transport can help reduce adolescent road deaths. Road regulations such as drink driving laws, speed limits, and graduated licensing systems, where driving privileges are phased in as the licence holder ages can also reduce the risks.

The number of pregnancy and childbirth related deaths has fallen significantly since 2000, particularly in regions where maternal mortality rates are high. WHO’s South-East Asia, Eastern Mediterranean and African Regions have seen estimated declines of 57%, 50% and 37%, respectively. However, maternal mortality is still the second biggest killer of girls aged 15-19 worldwide. Access to reproductive healthcare and family planning advice is one of the ways to reduce teenage pregnancies, and is also a Millennium Development Goal (MDG 5).

Estimates suggests adolescent deaths due to HIV/AIDS are increasing, particularly in the WHO Africa region. This is despite HIV-related deaths decreasing among other population groups. HIV now ranks as the second most common cause of death among adolescents worldwide. As well as access to condoms, and clean needles for those who inject drugs, better access to HIV counselling and testing is needed.

WHO stresses adolescence is a critical time for “laying the foundations of good health in adulthood”. Many health-related behaviours and conditions that underlie the major noncommunicable diseases start or are reinforced during this period of life.

“If left unchecked, health problems and behaviours that arise during adolescence—such as tobacco and alcohol use, diet and exercise patterns, overweight and obesity—have a serious impact on the health and development of adolescents today, and potentially devastating effects on their health as adults tomorrow,” says Jane Ferguson, lead author of the report.

“At the same time, we must not let up on efforts to promote and safeguard the sexual and reproductive health of adolescents, including HIV.”