Is it ever right to profit from pharmaceuticals? 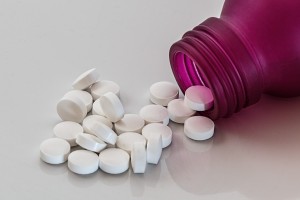 A US based pharmaceutical company has increased the price of one of its specialty drugs by 5,000%.

In August, Turing Pharmaceuticals acquired Diaprim and raised the price from $13.50 per pill to $750 overnight. The cost to produce each pill is around $1. This massive increase has caused widespread consternation amongst the pharmaceutical community along with one presidential hopeful.

Daraprim was approved in 1953 and is used mainly for the treatment of toxoplasmosis which although a rare disease is particularly dangerous for babies born to mothers with the disease and for those with a diminished immune system such as those suffering from HIV/AIDS or cancer.

In a free market economy is it right for private companies to profit from medicines, or should a patient’s well-being be the priority? How will it affect your family? Here are two sides of the debate.

The drug is 62 years old and because it yields such small profits, there is no financial incentive for pharmaceutical companies to invest time or money into developing a better alternative. Turing is disrupting Daraprim’s monopoly and incentivising innovation in the pharmaceutical community. 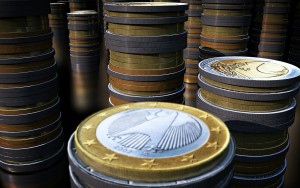 Turing Pharmaceutical is not the first drug company to increase prices. The previous owners of the Diaprim drug increased the price to from around $1 a pill to $7.50.

Toxoplasmosis can be cured after a course of treatment and the sufferer will not need any more pills, unlike other medication for ongoing diseases such as HIV. It is not signing a blank check. Shrekli estimates a course of Diaprim treatment will cost around $50,000. To put this into context, Sovaldi, a Hepatitis C drug costs $84,000 for a 12-week course of treatment.

Diaprim cures a patient of a fairly uncommon disease meaning that it does makes economic sense to charge more. This is why aspirin is so cheap, since it only alleviates a condition that affects everyone in the world continuously throughout their lives. You would not be able to charge $700 per pill every time you or your family had a headache. For rare disorders, the price should reflect the rareness of the disease and the efficacy of treatment.

Turing Pharmacutical is happy to give away the drug to patients who cannot afford it and have in the past given over half of the pills away for less than $1. Despite the increase, patient access to the drug has not been affected. 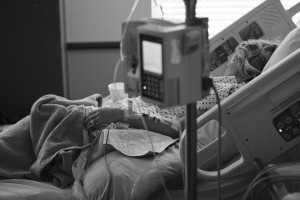 The price increase of Diaprim jeopardises people’s health, especially children’s who are more likely to develop toxoplasmosis. People may stop treatment because of the cost, not just in America where there is still no universal access to health insurance but also abroad in developing countries where they may need to import from the US.

Doctors may begin prescribing less effective but cheaper drugs to treat their patients. Patients may even be forced to buy dangerous counterfeit drugs over the internet. Even when the patient has the ability to afford the drug, treatment is likely to be delayed because hospitals will be unlikely to stockpile such an expensive drug for such a rare disease. For younger patients, urgent treatment is essential.

Research and Development? Or simply greed?

Shrekli justifies the price increase, saying that the extra revenue will go into R&D to create a better version of Diaprim. Fortune magazine quotes Dr. David Relman, who specialises in infectious diseases in Palo Alto, saying “There’s no public health need for (more toxoplasmosis drugs). This is simply about greed.”

People take Diaprim because if they don’t they will die. “You need to turn a profit” explains Turing’s CEO Martin Shkreli. Do you? Do you need to put profit over people’s health? Should profit and healthcare ever be part of the same conversation? 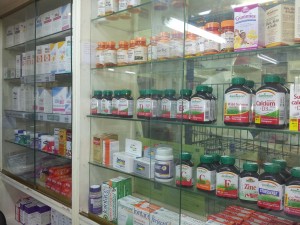 Can the financial industry be trusted?

After the 2008/9 global financial crash, there is some doubt surrounding the motivations and morality of those working in the financial industries. Global investors will surely be salivating at the prospect of this 5,000% increase that Shkreli has pulled off. This will encourage speculators to start buying up rare drugs to perform the same trick. Shkreli and Turing Pharmaceuticals are setting a dangerous precedent.

The price of Diaprim is only a US issue but it does have ramifications for expats and their families living in countries that have to import their pharmaceuticals. It is up to America to regulate its drug market as it sees fit. This story shows that with such an important subject such as health maybe there should be global standardisation in pricing, R&D and distribution – to stop individuals causing such upsets.

What do you think? Is the price increase justified? Is Turing putting pressure on the pharmaceutical industry to innovate or is it an example of ugly, naked capitalism at its very worse?