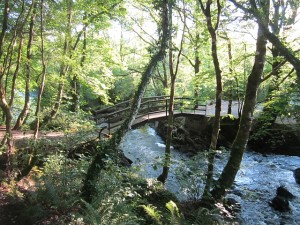 Johnnie Lawson posted his video of a waterfall on the River Bonet, in County Leitrim Ireland, on YouTube on July 2nd 2013.

The video has been viewed 7.7 million times meaning that the world’s population has spent almost 60 million hours listening to the tranquil sounds of water to try and fall asleep. Judging by the scale of the response, there are a huge number of insomnia sufferers who are resorting to unconventional methods in order to get a better night’s sleep.

Mr Lawson has created 174 videos of peaceful nature scenes which he posted as meditation and study aids.

Why is it so popular?

The video has an uncanny ability to help people fall asleep. The fan base, which developed almost overnight, began sharing the video on various social media channels across the globe. Mr Lawson has received a number of  messages from people explaining how his videos were helping them fall asleep, from serial insomniacs to exhausted parents of overactive children.

How it can help you?

Sleeping disorders, like insomnia, are often triggered by stress, although there are significant gaps in medical research into these syndromes. Stress is unfortunately a common result of our busy lives, especially for those with families, dealing with culture shocks or work related issues. Mr Lawson’s video has a strikingly universal appeal. You only have need to read the comments to see the responses in all different languages.

This video is now being used in medical research in a number of London hospitals to study how it can be used to reduce trauma in intensive care units and the potential effect on sufferers of post-traumatic stress disorder.