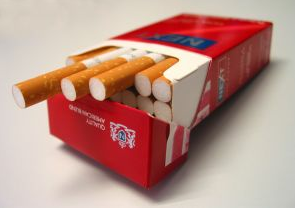 Children who are exposed to environmental smoke can have more respiratory problems in adulthood.

Children who are exposed to environmental tobacco smoke (ETS) are at risk of problems lasting well into adulthood. For more than three decades researchers have warned of the dangers of children being around ETS. Now a new study, conducted by the University of Arizona, has shown the effects of ETS last long past childhood, independent of whether the child become a smoker or not.

“This study shows that exposure to parental smoking increases the risk of persistence of respiratory symptoms from childhood into adulthood independent of personal smoking,” said Dr Juliana Pugmire, research specialist at the University of Arizona in Tucson.

Although a significant proportion of children throughout the world are exposed to ETS, primarily as a result of their parents’ smoking, there is little information regarding the long-term effects of that exposure, Dr. Pugmire noted.

Which countries are smoke free?

Most of the world’s developed countries have some sort of legislation to limit public exposure to tobacco smoke. What the law can’t control is what people do in their own homes. If parents smoke around their children then little can be done about it.

Belgium, Chile, Croatia, Luxembourg and New Zealand are some of the countries that ban smoking in schools. In Indonesia the advertising and promotion of tobacco has been banned in schools.

In Asian and less developed countries it is notoriously difficult to enforce smoking bans in public places. There have been stories in the news over the past year of young children being addicted to smoking. One two year old boy in Indonesia reportedly smokes 40 cigarettes a day. Another child in China was also reportedly smoking on a regular basis.