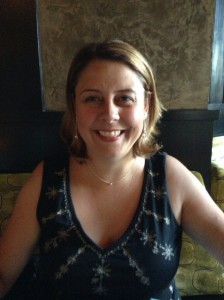 Ophelia Dodds shares her experiences about childcare in the UK compared to the USA.

In the UK, childcare options were pretty much a no-brainer. Everyone I knew had a minimum of six months’ paid maternity leave and most took the additional six to make it a full year. Everyone went back to work, either part or full time and almost all put their kids into nursery. Some nurseries were better than others, but on the whole it was a choice between good childcare options.

So when I arrived in the U.S. I assumed that the options would be the same. Sadly, this is not the case. Some companies offer up to six weeks paid leave, but this is unusual. The Family and Medical Leave Act (FMLA) guarantees up to 12 weeks of job-protected leave for births or adoptions. However, this doesn’t cover those who work for smaller companies and only guarantees unpaid leave. Many American women have to use a combination of sick leave, vacation, personal days and unpaid family leave.

So, after around 3 months many parents need to decide between a nanny (if they can afford it) and daycare. Some daycares are lovely places, but some are like holding cells for babies. I went to visit one for my then 12 month old and couldn’t believe it. The babies were left in a bouncy chair all day except for feeding and sleeping. One room held children between 3 months and 15 months and there were only 2 carers for 12 children (including the babies). I came home crying and decided to lose our deposit of $300 rather than send our daughter there.

Following that, we decided to try a nanny share which was wonderful except they were often in our small apartment which meant I had to either go out or hide in my bedroom. Hardly ideal. When the nanny got pregnant, I found a great childminder looking after 6 kids in her 1 bedroom apartment. Remarkably, she did a great job and my daughter loved going there. She learned her colours and shapes and gained great social skills.

However, my holy grail arrived when she turned 2. In the US, children can start preschool when they turn 2 and many allow rolling enrollment (i.e. you can enroll as soon as they turn 2), which was ideal for my little October girl. Preschool has been the making of my shy child – she is now very vocal and social, she sings all day (sadly songs I don’t know any more!) and chatters away to me about her school activities. Recently she graduated to the next class and loves it there – she can’t wait to go to school each day.

The extremely short maternity leave here in the U.S. leaves mothers with difficult choices. Many feel that leaving their child at 3 months old, either in daycare or with a nanny, is too early and they therefore have to make the decision to leave both their job and potentially their career in order to raise their child.

Several of my friends feel a sense of guilt – because they no longer provide income, they have to be the best possible parent they can. In effect, this becomes their job and they often feel that putting their child into preschool or even a daytime babysitter is somehow a failure unless they are working. Those of my friends who do work often feel guilty about leaving their small babies with someone else, but don’t have a choice if they need the income or want to keep on track with their careers.

Of course these are choices and challenges faced by British mothers as well, but the choices are more stark for American mothers and until the law changes and comes in line with European standards, it does seem that they are stuck between a rock and a hard place.