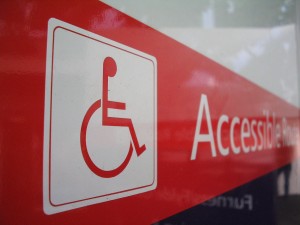 Raising kids with special needs can be a huge challenge whatever country you’re in. But it’s often made that much harder by a big move abroad. The strains every expat faces – a new language, an unfamiliar culture, a lack of support – are all made worse by the additional stresses involved with finding the support services your child needs. Add to this the fact that many countries around the world are simply not equipped to cope with the physically and mentally disabled, and it’s understandable why families are reluctant to throw themselves into such a testing environment of unfamiliarity.

Interviewed by the Financial Times this week, Claire Allum described the ultimately insurmountable difficulties of upping sticks to follow a job opportunity in Shanghai. Allum’s son Hugh, who suffers from acute hearing loss as well as a developmental disorder, would not have had his special educational needs met in China, where provision for the disabled – as well as many people’s attitudes to disability – still have a long way to go.

Luckily, Allum’s new company were flexible – she was able to relocate to Hong Kong instead where Hugh, who speaks sign language, now attends a school that can accommodate his needs. Many in Claire’s position would not have been so lucky – for an employer to be in a position to allow an employee to move to a different city to suit their family situation is very rare indeed.

Claire’s situation is not unusual, and illustrates the massively restricted range of options available to people in similar situations when they decide to move abroad. The variety of schools open to expats with children is always limited by factors of cost, language of instruction and varying standards; but these choices are very often diminished to almost nothing for parents of children with mental or physical disabilities.

For these families, finding an appropriate educational institution is often the tip of the iceberg. For those with a physical disability, few countries around the world offer what could be classed as good public access such as wheelchair friendly pavements and public transport. The hope of finding reasonably priced or comprehensive health care provision that caters for special needs, and which matches standards at home – a must for many – requires a leap into the unknown that not all families would be willing to take.

Moreover, people’s ideas of disability might not be as sympathetic in some countries as many foreigners are used to. Stares and ill-judged comments are one thing, but ignorant opinions are not something any family wishes to face.

Alison Bricknell, who was also interviewed by the Financial Times, is a South African mother living in Shanghai. She was recommended a top academy for her son who has ADHD, where she expected him to thrive. When Bicknell’s son struggled to keep up pace with his classmates, rather than provide extra tuition tailored to his needs, the school asked his parents to remove him.

We can only guess at the number of families who feel closed off from moving abroad because of fears they won’t find an adequate infrastructure to cater for their children. Many also feel understandably comfortable with the set-up they already have at home, but as Claire Allum’s case shows, moving to a different part of the world with a child with special needs, though often stressful at first, need not be impossible. Until many of the world’s countries’ modernise their attitudes to disability however, opportunities remain frustratingly limited.