The 10 best countries to become a mother 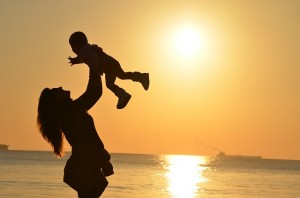 According to the 2015 Mother’s Index report, Norway is the best country to become a mother.

Save The Children, the international non-governmental organisation, recently published their 2015 Mother’s Index report which revealed the top countries for mothers to give birth.

The report covers criteria such as: maternal health, children’s well-being, educational status, economic status and political status in order to rank the countries. The report shows that despite global health improvements for both mother and baby, the inequality between the world’s richest mothers and the world’s poorest continues to widen.

Norway received the number one position, and it is regarded as the best country in the world to have a baby. Indeed, Nordic countries dominate the highest ranking positions, while countries in sub-Saharan Africa occupy the lowest ranks.

The 10 best countries to have a baby

Why is Norway first?

Norway sits comfortably in the number one position, with the lowest rate of maternal deaths during pregnancy and childbirth, with about 14,999 in 15,000 mothers surviving. A whopping 99.7% of children born in Norway live to see their fifth birthday. By performing well across all criteria and also by the most stable economic status, Norway deserves the top spot.

Why is the United States missing?

So is one of the most powerful countries in the world, not included in the top 10? The United States only ranks in at 33rd position on this year’s report.

Perhaps surprisingly, there is a higher risk for mother’s giving birth in US compared to most European countries. In fact, women face a 1 in 1800 risk of maternal death and 6.9% of American children don’t reach their 5th birthday.

The United States are also not well-considered in terms of political status. In fact, women hold less than 20 percent of seats in the United States Congress, which is a relatively low percentage when compared to Swedish women, for example, who currently hold double the number of seats. Gender equality is still a contentious issue in the U.S. and one which has a significant impact on mother and child growing up in this society.

Should you have your baby abroad?

Moving abroad is not an easy decision, especially when your family is involved. However, the information collected in this report gives an interesting overview of motherhood in different countries, and may give you food for thought.

Of course there are a multitude of factors and critical criteria which need to be considered prior to making your final decision for example: dual citizenship laws, tax liability, cost of college education, prenatal care (as well as other changes you will need to make to your health insurance plan) and legislation regarding maternity and paternity leave.