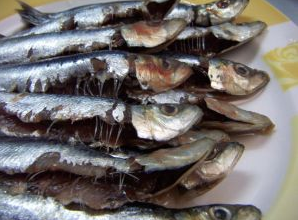 A study shows exposure to mercury in the womb is linked to ADHD in children. Should pregnant women continue to eat fish?

ADHD is one of the most common neurodevelopmental disorders of childhood and affects 8 percent to 12 percent of children worldwide, although its cause is not well understood. Non-occupational methylmercury exposure comes primarily from eating fish. The U.S. Food and Drug Administration has recommended pregnant women eat no more than two, six-ounce servings of fish per week.

However, fish is also a source of important nutrients such as omega-3 fatty acids, which benefit brain development. This evidence seems to go against the mercury-related risks detailed in study above.

It is known that certain types of fish contain higher levels of mercury than others so pregnant women, while monitoring their intake of fish should also stick to those lower in mercury. Swordfish, shark, king mackerel, marlin and tuna (bigeye, Ahi) are some of those highest in mercury and should be avoided during pregnancy. For fish with the lowest mercury women can eat two, 6-ounce servings a week. Low mercury fish include, anchovies, herring, plaice and salmon.

In the study, women’s hair was sampled after giving birth. The results showed mercury exposure is linked with higher incidences of inattention and impulsivity/hyperactivity. While these results seem conflicting, the take home message for pregnant women is to eat fish, but stick to those fish which are low in mercury.

Did you eat fish when you were pregnant? What types did you avoid, if any?