Expat experiences: Making the breast of the situation! 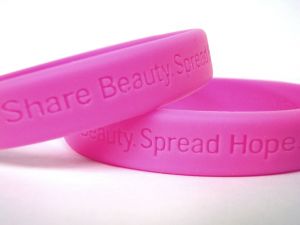 British expat Ophelia Dodds tells us about getting a mammogram in the US.

When I turned 40 last year I was surprised to discover that in the US (State of Illinois) you are referred to start having mammograms. In New Zealand the age is 45 and in the UK it is 50, so this seemed quite early.

However, with breast cancer such a major issue for women of a certain age (I refuse to call it middle age!) I felt that it was definitely a positive that I would be checked so early, and continue to be checked every year. Also, as part of the Affordable Care Act (2010), coverage for mammograms is mandatory, meaning that no co-pay or deductible is required, regardless of your insurance plan and those without insurance are also covered by Medicare.

As the appointment approached, I began to feel more nervous. The description “slamming your breasts in a refrigerator door” didn’t really help. I had no idea what to expect, in fact I wouldn’t have been surprised to see a refrigerator waiting there!

The reality was far different. For those who haven’t had one, it’s very straightforward. You undress from the waist up and put on a warm robe as covering (ours were warmed, I’m pretty sure the NHS in the UK don’t bother warming theirs!). My lovely, kind technician explained everything and started by putting a protective sheet around my waist. She gently moved me and my mammaries around to get me into position, asking me to step forward, sideways etc. until I was in the right place. She then brought down a plastic tray on top of my breasts. I had to hold my breath for the 20-30 seconds of the X-ray. There were two flat ones, and two at an angle (to catch the tissue where the breast meets the arm). I can’t say it was comfortable but it wasn’t painful. Then we were all done. I dressed and headed home, buoyant and relieved.

All of that changed five days later, when I received a phone call at home saying that they had seen some anomalies and needed me to come in. The next available appointment was four days later. In a hollow voice I accepted it, then started to worry about leaving my preschooler motherless. Fortunately, after doing some research, I actually found out that 80% of first mammograms result in a follow-up. This is partially because younger women have denser breast tissue and it is harder to get an accurate reading and partially because they have no previous records to compare the mammogram to. The majority of follow-ups are clear.

Although I spent the next four days planning worst case scenarios, luckily my follow up was a majority one – it was clear and I don’t have to go back for another year. There is still some ambivalence here in the US about the regularity and age of screenings – this is reflected by the variation by state in recommendation (some recommend every 2 years after 40 and every year after 50, others say every year after 40). Some of this may be related to cost and some may be related to risk of false positives or negatives. Nevertheless, as the old adage goes, prevention is better than cure, and I for one, am very grateful to have been screened as soon as possible.