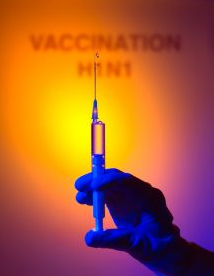 A new study has shown the benefits of pregnant women getting the flu vaccine outweigh the risks.

This year the United States flu season started earlier than usual and some states have been particularly badly hit. In Minnesota 60 people have died due to flu-related complications since the season started in the last week of 2012.

National health bodies around the world are encouraging their citizens to get vaccinated against flu this season. People at greater risk from influenza include, young children, pregnant women, the elderly, health care workers and those who work with children. These groups are especially urged to get vaccinated. However, many pregnant women are putting off being vaccinated due to fears it may harm their unborn child.

A large study has shown women should be much more afraid of the flu than the vaccine. The research, carried out by Norwegian scientists and published in the New England Journal of Medicine, studied fetal death among 113,331 women. The study was carried out during the H1N1 flu pandemic of 2009-2010.

In Norway the flu vaccine is only recommended in the second and third trimesters of pregnancy. As reported in the New York Times, the CDC in America recommends vaccination for all pregnant women, regardless of the stage of pregnancy. You should check with your doctor or midwife if you haven’t received the vaccine and want more information.